The first ever Gambia Football Association's Nawetaan Proper of Serrekunda Central Youths and Sports Committee will kick off today between Bundung Bantaba FC against Breakers FC.

Twenty teams are expected to participate in this year's Serrekunda Central summer championship and the teams are divided into four groups of five teams.

Almamy Ceesay scored the only goal of the game in the 16th minute from a thirty-yard shot.

In the Gunjur Nawetaan, New comers World Eleven FC have rejuvenated their winning form after thrashing the reigning league champions Oxford United FC 2-0 on Tuesday at the Gunjur playing ground in group A. They now top group A with maximum 9 points and six points ahead of second-place Happy Gunjur, who bagged 3 points in two games.

The reigning league champions Oxford United FC have now dropped to 4th place in group A with 3 points.

NAS FC on Wednesday registered their first victory in the summer championship following their 1-0 victory over struggling J&P Enterprise FC in group A. 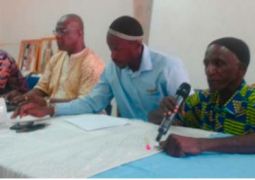