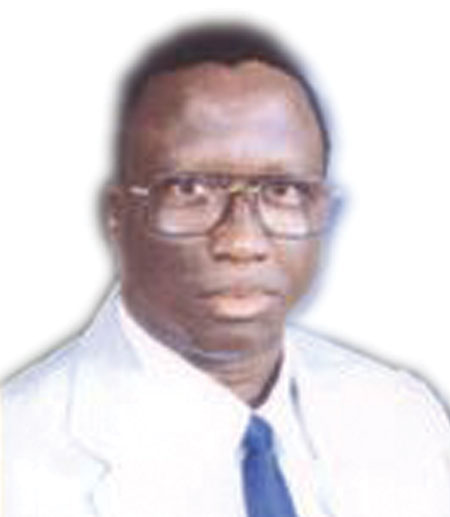 Lt. General Tamba, the first accused person, arranged to bring in arms and ammunitions, as well as 300 mercenaries for the purpose of overthrowing the government, Mr. Marreh also informed the court.

Marreh described by the court as prosecution witness number 1 (PW1) was continuing giving evidence in the trial of Lang Tombong Tamba and others which continued yesterday at the High Court in Banjul.

Marreh further informed the court that the fourth accused person was asked to monitor the movement of President Yahya Jammeh in Kanilai. He testified that the accused persons agreed to their assignments.

According to Marreh, it was at the first meeting that they started the discussion about the coup plot, and that ex CDS Tamba told him (Marreh) that he sent somebody to Guinee Conakry to bring arms and ammunitions and 300 mercenaries for the purpose of overthrowing the government.

He observed, during the first meeting, Marreh said, that ex-CDS Tamba was communicating via telephone with Kukoi Samba Sanyang, the ring leader of the 1981 abortive coup attempt in the . He said he did not hear what they were saying, since he was not near them.

"Lang Tombong was playing the role of a leader in bringing arms and ammunition from ," he told the court.

Marreh also told the court that a meeting took place at Lang Tombomg's house in Kololi, and that on that day Lie Joof and Yousef Ezzeden brought their monies in cheques to pay the man who was supposed to bring the arms and ammunitions. He said he did not know the amount, since it was in cheques.

The man came in two weeks time, Marreh testified, adding that Tamba told them he (Tamba) will inform them when the man is around.

"The third meeting was held at Bijilo in Tamba's house in the sitting room of the first floor, when the man who went to came to collect his money.

It was discussed at this third meeting that the coup will take place on the Tobaski day in 2009," Marreh further testified.

PW1 said it was on that day that Lt. General Tamba introduced him (the witness) to one Rui Jabbi Gassama. It was also on that day Lt. General Tamba assigned him to go to Farafenni to assess the military barracks there, and to link up with Kukoi who, PW1 said, was to come from Thies in together with his group, and with arms and ammunitions, for the purpose of the coup.

PW1 further said that the other group were supposed to come from Guinea Conakry through Guinea Bissau and , and finally to Farafenni.

"Before I left for Farafenni, I went to Kanilai and met the fourth accused person, Kawsu Camara. I told him I was assigned to go to Farafenni."

He further testified that Kawsu Camara replied that he was aware of his assignment to Farafenni.

According to PW1, he spent the night at Kanilai with the fourth accused person, Kawsu Camara. He said that on his way coming from Kanilai, "I called 5th accused person ex- IGP Modou Gaye from my mobile number (7854500). He explained that the number he called was (9915588) belonging to the 5th accused person."

"I told him I am on my way, but Modou Gaye asked me to pass through Yundum Barracks - that there was a meeting held there by the army heads, but he did not know the purpose of the meeting."

Marreh said the 5th accused person further asked him to pass through the Military Police at Yundum Barracks and ask for the Farafenni Barracks' commander's number.

"I then went to my friend, one Kuluteh Manneh, who gave me Farafenni commander's number, and further called him from his office line."

According to PW1, "Kuluteh Manneh told me Lt Colonel Yerro Jallow is the commander of Farafenni Barracks."

PW1 told the court that at Farafenni Barracks, he (PW1) introduced himself as an intelligence officer working at the President's Office, which was false.

"I told Lt Colonel Yerro Jallow that I am going to assess the barracks with some people coming from acting as traders while they are spies."

PW1 went further to inform the court that this was a "cover-up". The real intention, he said, was to welcome the parties coming from , and involved in the plot. He said his mission was to assess the barracks, and the soldiers' movement and to see how many soldiers were deployed in the 'sangas' (sentry box) of the barracks in Farafenni.

Before going to Farafenni, PW1 told the court, "Lt. General Tamba gave me the number of current CDS Massaneh Kinteh to called him and present myself as an intelligence officer who is working at the President's Office."

"I called CDS Kinteh, and told him that I am going to Farafenni Barracks to assess the barracks since there are people coming from , and acting as traders but who in real sense are spies."

He said that on the very day before leaving for Farafenni, at around 9 p.m. the 5th accused person, Modou Gaye, called him (Marreh) to come and collect D2000 at Serrekunda for his food and credit.

According to PW1, he was to use the money to communicate with those involved in the plot.

"I reached the barracks at 1:15 a.m. in the night. Then I called Commander Yerro Jallow to come and pick me."

"I spent the night in his house, and in the morning Lt. Colonel Yerro Jallow told me he is going to see off the Inspector General of the Gambian army, and promised to be back."

PW1 testified that in the interim, he went around the military barracks and saw five soldiers in the sangas with arms. He said that when Lt Colonel Yerro Jallow came back, "he drove me to the border following my own request."

PW1 further said that few minutes later, he saw Lt Colonel Yerro Jallow back with his car. “ He told me his boss wants to speak to me.”

"Lt Colonel Yerro Jallow took me back to his office and called the current CDS Massaneh Kinteh." He said he spoke to Massaneh Kinteh, who asked him whether he was with his intelligence warrant card. "I replied 'no'," he told the court.

He said: "CDS Kinteh then informed me that I cannot go without that card."

PW1 added that Lt Colonel Yerro Jallow told him that he has to stay until his intelligence warrant was produced.

He further testified that this was the time "I called Modou Gaye ex- deputy IGP and Kawsu Camara (Bombardier) and informed them that I was apprehended by the soldiers."

"When I informed the 5th  and 4th  accused  persons about my arrest, they told me not to mention their names, instead I should mention the current CDS Massaneh Kinteh's name and former Inspector General of Police, the Director General of National Intelligent Agency and the Deputy CDS as the people who sent him on that errand," he said.

He adduced that he kept former CDS LT General informed on the number 9961411 concerning the coup plot.

He told the court that he came to know Lt General Tamba when he visited him "to solicit for some money to pay his house rent.

According to PW1, former CDS Lt General Tamba gave him D2000," and promised him (PW1) to take care of his schooling.

He stated that it was at this time that he started having contact with Lt General Tamba. He further said that, apart from this gesture from Lt General Tamba, there is no other relationship he shares with him.

He further said that he has three brothers and two sisters. This witness ended his testimony here. 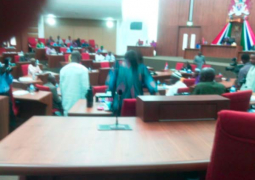 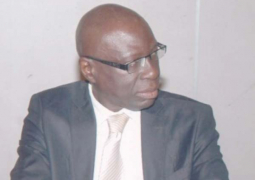