The Kombo North giants Lamin emerged champions of the Gambia Football Association’s organised Super Nawettan with a resounding 2-0 win over Sukuta in the all-Kombo North derby played at the Independence Stadium in Bakau on Sunday.

Two second-half goals from striker Hamang Conteh and left back Omar proved to be the decisive moments for Lamin as they emerged two-nil victors at the expense of Sukuta.

Sukuta rallied behind in an attempt to equalise but all their attacking options let them down terribly, thus allowing Lamin to celebrate yet another zonal championship success for the first time in 10 years.

The champions, Lamin, bagged D50,000 with a giant trophy and medals whilst Sukuta, the runners-up received D30,000 and medals as consolation prize.

Banjul collected D20,000 for finishing third, while Serrkunda East and Central both went home with the largest turnout venue title as well as the most disciplined team of the tournament respectively. 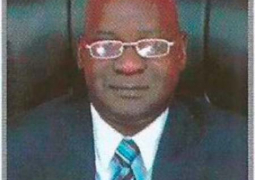