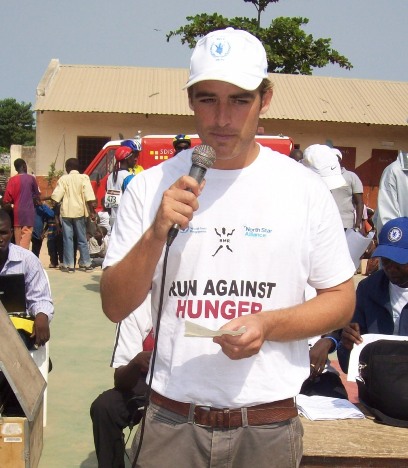 Gambia’s long distance runner Lamin Sanneh claimed his 5th Brufut Marathon title in the 16th edition of the Gambia’s most popular and consistent runs themed ‘Run against hunger’, on Saturday.

Kairaba Avenue
with a record of 41st minutes, five minutes ahead of second placed Andrew Jasseh, and Momodou Bah - who also made a close finished, came out third.

Absentee, Ansu Sowe, who is one of ’s outstanding long distance runners, is holding a record of 4 titles in the international event.

The run, which has received its usual local support with hundreds of cheering crowds along the Brufut highway, has also seen Mariama T. Jallow, one of ’s finest women runners, beating fellow contestants to reclaim the 8km run for the third consecutive time. Hoja Secka and Nyima Kujabi finished second after solid efforts to close on Mariama from the Brufut Turn table to the finishing lane.

Ebrima L Manneh, Ousman Manneh and Sarjo Sanneh were the top three winners in the children’s 100m race for boys.

The Brufut Marathon has now confidently won over 400 participants after starting with just 10 participants 16 years ago in a bid to promote sports as well as raise funds and sponsor needy students.

With major support from the Friends of the Gambia Association and the World Food Programme through Philippe Duterloo and Erik Berning, who donated food baskets as well as bag of rice for the BMRA’s popular raffle draw after a healthy fund raising by the duo, the event was staged successfully.

Participants walked away with bags of beans, rice, onions, iodized salt and cooking oil after winning in a colourful raffle draw coordinated by WFP’s Erik Berning.

As part of the event, Ba Jabbi, President of BMRA, delivered the opening statement, Momodou Max spoke on BMRA’s plans and Kebba Sonko of the National Environmental Agency delved on the environmental impact in the fight against hunger.

Philippe Duterloo, who also took part in the men’s 15km run with colleague Erik, delivered a speech on the fight against hunger.

The Alkalo of Brufut, Malamin Kajor Manneh, re-echoed his blessing and prayers for the success of the marathon.

The Keynote address was delivered by the Deputy Director for Sports, Pa Suwareh Faye, who also made a donation of D5,000 on behalf of the Ministry of Youth and Sports as part of their contribution to the event. 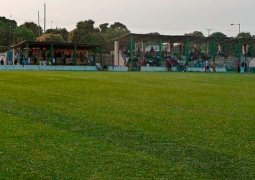