The District tournament organised by Kombo South Sports Committee will enter its fifth week of active competition today featuring Kartong and Sanyang in Gunjur as part of the group b matches.

This match is expected to be a tough one as Kartong, who are yet to register a point, will have to fight hard to get their first win in the competition.

Sanyang are leading the group with six points after thrashing Jambur 3-0 and beating Farato 1-0 in week one and two matches.

Jambur are second in the group with 3 points followed by Farato with 2.

In group A, Tanjeh and Siffoe are competing for the top spot after both teams scored 6 points each automatically sailing through to the quarter finals. But Siffoe have the chance and potential of leading as they have one more game to play. Tanjeh have played all their three games, they won two and lost to Siffoe in their second game.

Nyofelleh and Tujereng each at one and zero point respectively will have to battle for a place in the quarter finals, which will represented by six teams with three from each group.

Meanwhile, other matches include Nyofelleh against Siffoe on Saturday in Kartong. Sunday's match will be played between Jambur and Farato in Tujereng 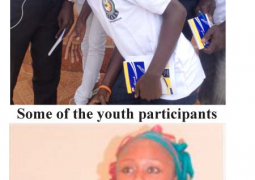