The 2010-2011 league champions, Kololi United FC, have maintained their lead in the 2010-2012 Manjai Nawetan championship after a hard fought 1-0 victory over Black Star FC in a well-contested game played at the weekend at the community`s biggest football arena called the Father Gough Sports Complex.

Both sides put up respectable performance during the game and caused serious assaults in front of each other`s goal mouth and it was Kololi United FC who carried the day after registering a spectacular goal to bag the maximum points at the expense of Black Stars FC.

Black Star FC on the other hand created few clear scoring opportunities but failed to capitalize on their limited opportunities and thus the game ended 1-0 in favour of league champions Kololi United FC, who are leading their group with 7 points in three games, while Black Stars FC are currently in the Manjai Nawetan. 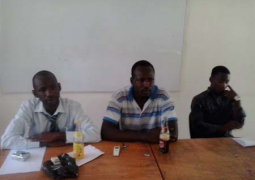