One Cpl. Bakary Drammeh, a Municipal Police officer recently appeared at the Kanifing Magistrates' Court where he testified in the ongoing trial of one Ebrima Kanu, a Ghanaian national.

Mr Kanu is standing trial on charges of cattle stealing before Senior Magistrate Abdoulie Mbackeh of the Kanifing Magistrates' Court. He denied the charge.

In his testimony, Cpl. Drammeh who is the prosecution's second witness told the court that he lives at Latrikunda Sabiji and that he recognizes the accused person. He recalled that on around 11am, a girl named Awa Joof reported a complaint against the accused that she (the girl) saw the accused catching a goat behind the Gambia Family Planning Headquarters.

He added that according to Awa Joof, the accused caught the goat and fall a rope on it and forcefully went away with it. Further testifying, Cpl. Drammeh adduced that Awa also told him that she could not intervene by talking to the accused about the said incident because of the fear that the accused may assault her.

"It was from there that I hired a taxi with Awa and followed the direction of the accused to mobile traffic junction, where they later apprehended him with the goat and then taken to my office where he was interrogated", he said.

He added that the accused was handed over to the mobile police and later taken to Kanifing Estate Police Station. The case was at that juncture adjourned to the 31st March for continuation. 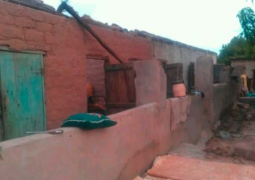