The Point has learnt from reliable sources that the Kiang West National Park (KWNP) has been expanded from 11,526 hectares to 19,051hectres.

The Programme of Work on Protected Areas (PoWPA), a project operating under the auspices of the Department of Parks and Wildlife Management (DPWM), has reached agreement with relevant stakeholders and the concerned local communities for the expansion.

This agreement was highly welcomed by all stakeholders and the local communities, said the PoWPA manager Kawsu Jammeh.

He added that a series of consultative meetings, workshops and radio talks was held to reliably sensitize the local communities and local authorities on the importance of the park.

"It also aimed to see how best the communities are going to take charge of managing and protecting their own resources for sustainable use of the resources, to ensure its availability in the future," he says.

He said the park was initially limited to an area belonging to the five communities of Dumbuto, Batteling, Bajana, Kuli Kunda and Jali.

The KWNP was proposed as a classic forest in 1968 but later designated as national park in 1987, he explained: "But today Kiang West peninsular is one of the best forest remnants in The Gambia, of which only 10 - 15% is well managed, thus the need to manage more of this remnant water and landscape, to bring about more development for the local communities within the jurisdiction."

He added: "The ultimate objective of expanding the park is to preserve and conserve the remaining natural resources to ensure that they are available at all times."

Mr Jammeh pointed out that the expansion of the park would boost the livelihood of the local people, create more employment opportunities, encourage ecotourism, and thus bring socio-economic development for the local people.

He says the park will be managed and run by the local people who are the rightful owners of the protected area.

The forest project manager also says his office always stands ready to give technical supports to the wellbeing of the protected areas.

Kiang Central chief Demba Sanyang, in his remarks, assured the government of the full cooperation of the people of Kiang Central, "since it is all geared towards bringing about development in the area" that would in turn improve the socio-economic development of the country. 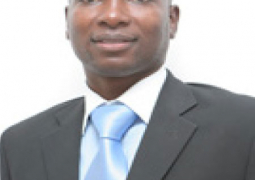