Magistrate Jobarteh, chairman of the Kanifing Industrial Tribunal, recently entered judgement in favour of one Anna Weils, a British national.

In his judgement, chairman Jobarteh told the tribunal that Anna Weils, the plaintiff, approached the tribunal seeking the recovery of a colossal sum of $50,000, equivalent to D1.5m for damages, nonpayment of the redundancy package, loss of earnings, accommodations and other entitlements.

He said the plaintiff sought for an award of interest of 25 per cent from date of termination to date of judgement and 4 per cent thereafter to the date of payment.

Chairman Jobarteh adduced that the defendant, after being served with the processes of the suit, entered appearance and denied liability, adding that the defendant also filed a counter claim which was later withdrawn upon an application.

He stated that the case of the plaintiff was that she was recommended to the defendant by her former employer, one Franco, while residing in the United Kingdom, adding that recruitment process and formation of the contract of employment was facilitated through telephone calls.

He posited that the offer of employment was done on 28 February 2012, and the plaintiff accepted it on 11 March 2012, and commenced work in the same month after being flown into the country by the defendant, adding that to regularise her status in The Gambia, the defendant obtained a residential permit for her.

He said both exhibits 3 and 4 were termination letters and contained reduction of personnel (staff) as the same reason for termination.

Being dissatisfied with the termination, the plaintiff engaged both Counsel Ida Drammeh and the Workers’ Union, which convened a tripartite meeting, Jobarteh further adduced.

He said that after the meeting, a letter was issued to the Managing Director of the defendant, instructing the defendant to pay six months’ salary in lieu of notice, to provide the return ticket to England, to pay the November salary, the Social Security Provident Fund Compensation and earned annual leave.

Chairman Jobarteh stated that these demands fell on deaf ears as the defendant failed to pay the plaintiff, thus warranting the institution of the case by the plaintiff.

He added that the plaintiff was cross-examined and she said the answers provided by her went to corroborate the facts stated by her evidence-in-chief.

He posited further that the defendant did not enter into defence, as no witness was called, adding that both counsels filed addresses which were later adopted.

“Let it be borne in mind that brief of arguments of counsels are merely persuasive, meant to guide the tribunal by clarifying and narrowing down of issues to be determined. They cannot be a substitute for evidence,” Chairman Jobarteh told the tribunal.

He said the issues to be determined are as follows: After the plaintiff being made redundant, did the defendant give proper notice? Was the plaintiff entitled to reliefs as claimed?

He said that there was abundant evidence elucidating a contract between the parties.

He further adduced that the issuance of the termination letters also signified an existed employment contract which they came to sever, adding that the parties from 11 March 2012, to 23 November 2012 were employer and employee.

Jobarteh posited that in determining the first issue, he must, from the onset, declare that the Labour Act 2007 contemplates various terminations including redundancy.

He referred to Section 93 of the Labour Act, stating that redundancy as a ground of termination is availed to the employers when there exist either economic or climatic reasons.

He added that the tribunal shall determine whether the defendant had given proper notice of redundancy to the plaintiff before the issuance of the termination letters.

He said that from the totality of the evidence of the plaintiff and from the cross-examination, there was clear evidence on the issuance of a notice of six months as envisaged by Section 57 of the Labour Act.

He further stated that the plaintiff intimated that she received the termination letter on 23 November 2012, while at work, adding that the said letter contained only one week notice period contrary to Section 57 of the Labour Act.

“Therefore, without proof testifying issuance or payment of six months’ salary, the tribunal holds that the redundancy was unlawful and contrary to Section 57 of the Labour Act,” Chairman Jobarteh declared.

He further stated that he was not oblivious to the payment of December salary as well as payment of D10,000 for the return Air ticket, adding that the plaintiff had accepted receipt of these sums.

“That notwithstanding, the plaintiff was entitled to the issuance of a six months’ notice period or payments of six months in lieu of notice,” he said.

Chairman Jobarteh adduced that the other claims of the plaintiff were not proved and they were dismissed, and did not also award 25 per cent interest to the plaintiff.

He ordered that the defendant shall pay to the plaintiff $12,000 or its equivalent in dalasi as payment in lieu of six months notice period.

Lawyer Sunmbo Akinbo threw his weight behind the plaintiff. 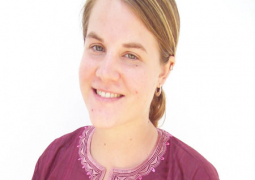