The Brikama Magistrates' Court presided over by Principal Magistrate Mahoney recently convicted and sentenced one Assan Camara of Ebo-Town  for unlicensed driving and careless driving to a mandatory jail term of three months.
He was also fined D4000 in default to serve eight months in prison.
According to the facts narrated by the Police Prosecutor, Inspector Musa Njie, it happened on Friday 19th June 2009 at Brikama Nyambai and Kembujeh junction along the Trans-Gambia, the convict, Assan Camara was driving a truck registration BJL 4548A from Brikama Nyambai junction heading to Kembujeh. He said upon reaching Kenbujeh, the convict wanted to make a turn while another vehicle with registration number 0955F a private vehicle was also coming from the same direction, adding that a as result, the private vehicle was hit by the accused. 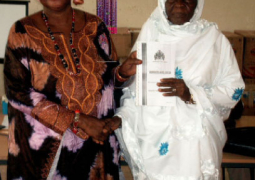