Magistrates and other staff of the Kanifing Magistrates' Court on Saturday organised a cleaning exercise at the premises of the court house.

Speaking on the occasion, Magistrate Hillary U. Abeke of the Kanifing Court said that the exercise was timely and necessary. 'It is the biggest court, therefore is not nice to be seen to be dirty,' he said.

He added that the initiative is very important as it will make it very easy for lawyers and litigants to park their vehicles inside in other to save their vehicles from any danger.

The exercise, Abeke said, will henceforth be carried out on a monthly basis.

'The court environment should be clean in order to make the work smooth and enjoyable,' he said.

He expressed his delight for the turnout and thanked the magistrates and staff for a job well done.

Senior Cadi, Alhagie Masamba Jagne, of the Kanifing Magistrate's Court, also expressed his happiness over the cleaning exercise. "Islam encourages all aspects associated with cleanliness," stated the senior Cadi. He added that cleaning our environments is for good health promotion as it helps protect people from all sorts of diseases.

Cadi Jagne called on all departments to emulate such gestures, while further urging them to set their own dates of cleaning exercises of their environment within the month. He revealed that 'work is not only done in offices, but further outside premises'. This, he went on, will also promote good health, as well as cooperation among individuals.

He expressed gratitude to all the magistrates and other staff for responding to the call to clean the court premises.

Also speaking was one of the court clerks, Ebrima Singhateh, who said that they were informed by their seniors to come and clean the court house. He thanked the magistrates for the initiative, and his colleagues for the large turnout. 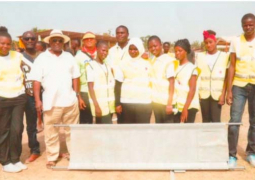 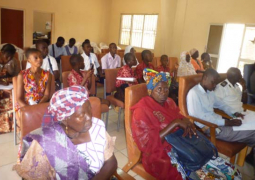 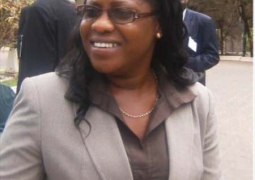