The training session brought together journalists from the print and electronic media, and came in the wake of the arrest and remand custody of three journalists within a month for contempt of court.

“In this paper, I shall examine the Applicable Regulations in The Gambia which guide not only court reporting, but the general manner of news reporting by the press. In this wise, I shall focus my attention on the minimum restrictions imposed on the press by the law of Defamation, Sedition, Blasphemy and Obscenity.” Daniel Ofri           Kulo told journalists, adding “Freedom of speech and the press is guaranteed by the 1997 constitution of The Gambia.”

According to DSL Kulo, the freedom of speech guaranteed by the constitution is not absolute but; “subject to the laws of The Gambia in so far as the law imposes reasonable restrictions on the rights and freedoms.

The senior state law officer however told media practitioners that the law which imposes restrictions on the rights and freedom of expression and of the press in The Gambia is the Criminal Code.

DO Kulo’s paper examined the extent to which the provisions impact on the practice of journalism in The Gambia, and whether the law is reasonable in a democratic society.

Barrister Kulo defined Defarmation according to free dictornary.com as “any intentional false communication either written or spoken, that harms a person’s reputation, or decreases the respect, regard, or the confidence in which a person is held.”

“It follows, therefore, that the law of defamation is targeted at protecting the honour, reputation or fame, feelings and the emotional well being of all citizens (the journalists and reporters included) against false and malicious statements,” he said.

In , he added, the shielding law against defamation can be traced to two sources, namely the Criminal Code and the un-codified law of Torts. Whereas the law of torts deals with civil actions for damages emanating from slanderous or libelous statements, criminal defamation is concerned with interventions by the state through the instrument of public prosecution for false and malicious statements.

“The common feature to all cases of defamation is that the statement which is (a) published or uttered is (b), false and (c) that it has the potential of disparaging or injuring the reputation of the person against whom it is published.”

Barrister Kulo further noted that Democracy itself thrives on law and order in the society, adding that no matter how advanced and civilized a society may be, Democracy cannot thrive on soils where infinite freedoms and lawlessness are the order of the day.

“Since we must live with the law as it is until repealed, the best way to avoid the wrath of the law is to carefully study what the law demands of us as journalist and reporters, and practice our profession according to the dictates of the law. To know the law and comply with what it entails, I recommend an enriched curriculum in the training of young reporters and regular training workshops or seminars of this nature,” Kulo added.

In presenting his paper, Justice Emmanuel Nkea underscored the importance of the training session, adding that it came at a time when three reporters have appeared before courts for contempt of court-related issues, arising from the articles authored by them.

He told the gathering that the courts are the primary regulators of the society and, in this regard, courts pass judgments, impose sentences and issue orders against those who have broken the law in one way or the other.

“One cardinal objective of the criminal justice system is general deterrence. This objective would be rendered stale unless the press disseminates such decisions of the courts to the general public,” Justice Nkea told journalists.

“The need to properly inform the general public of what actually transpired in court or of the exact nature of a decision of the court is, therefore, of paramount importance. However, some excesses may occur as the reporter tries to fulfill this noble task.”

He added: “These excesses may sometimes open the court to disrepute or lower the ability of the court to dispense justice in the eyes of the very public that relies on it for justice.

“Balancing the excesses of the reporter with the integrity of the court is by no means an easy task, but we must strike a balance and achieve some acceptable level of decorum and civility in the relationship between the press and the court.” Justice Nkea continued.

He said contempt of court refers to any act or omission which directly or indirectly injures the dignity and reputation of a court, adding that it can either be civil or criminal. 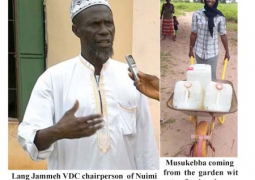 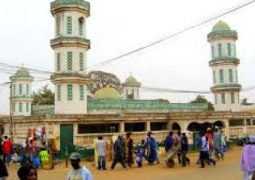