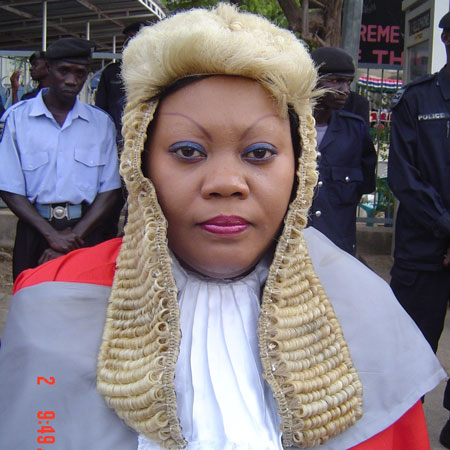 After four years of excellent service in The Gambia as a High Court Judge under the Commonwealth Assistance Scheme, Justice Mabel Maame Agyemang has taken leave of The Gambia.

A farewell ceremony was organised for her yesterday at the Chief Justice's Chambers, Law Courts Banjul.

In his farewell speech, The Gambia Chief Justice Abdou Kareem Savage said The Gambia and Ghana had a lot in common to share which has been demonstrated by Justice Mabel Maame Agyemang by her good work during her four year tenure as a High Court judge. He said the Gambian public were very happy with her good work especially the Judicial fraternity and she will also be remembered.

Dr Hendry Carroll, Solicitor General and legal Secretary at the Attorney General's Chamber, spoke on behalf of the Government.

For her part Justice Agyemang thanked the judicial system, bench and bar for the support given to her during her four-year tenure as a High Court judge of The Gambia.

According to records, Justice Mabel Maame Agyemang, who served the land and civil division, Commercial division and Criminal division completed about 365 files during her four-year tenure in The Gambia as a High Court judge.