When we talk about poverty some of us only think that it is lack of money to buy what one needs or what is considered acceptable in the society. Now is the right time to change certain beliefs about poverty.

The World Bank measures poverty in the developing countries, like the Gambia, as  those who live below 1 Dollar a day, and that of the developed or industrialized countries as 14.40 Dollars.

The term poverty has a negative sound. It centers around deprivation (lack). Poverty is a multidimensional concept (can be looked at from different perspectives) with an overlooking view. It deals with so many issues; lack of income, employment, education, good shelter, basic amenities.

The remedy for poverty is development. Development means good change.

Examples can be when an individual takes it upon him or herself to protect public amenities, participate in the political life of his or her country and the social activities in his or her society.

The individual must see to it that sanitation becomes the foremost in his or her mind.

People must become aware of cleanliness and not throw papers or garbage everywhere. The face of poverty is vicious and it is called the vicious cycle of poverty.

This means that poverty is caught in a vicious cycle which is very hard to come out of.

All these angles are interconnected as one relates to or depends on the other for survival. Low income brings about low consumption and low savings; low savings in turn paves the way for low investment which gives chance to low productivity. This could be further explained as; low income is as a result of under-employment or lack of income at all. As a result, the individual’s saving capacity becomes low. When savings is low, the individual cannot invest into something meaningful that definitely affects productivity and the consumption of the individual. This cycle goes round and round until there is something done to improve the low income of the individual.

To alleviate poverty, there should be education for all especially at a cheaper price, empowerment and skill centers should also be provided by stakeholders and the government. 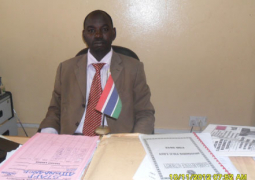