Reports reaching this paper have indicated that Ansumana Marena, fondly called Julakay, the Managing Director of Julakay Engineering and Construction company, was on Monday arrested and taken to Mile II prisons.

The latest phase in Julakay's apparent predicament follows the publication of a story last week that Mr. Marena was a guest of the police, who were said to be questioning him on financial matters. But when Mr. Marena was contacted later on, he said he was at the police headquarters to find out from one of his guys what the matter was. When further quizzed whether his visit to the police headquarters had anything to do with financial matters, he replied that the reason would be clear in due course. 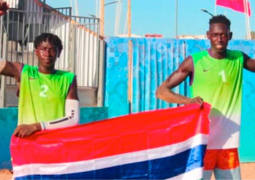