The trial of Mr. Haruna Jaiteh, the Judicial Secretary who is standing trial on a theft charge was yesterday adjourned before the Banjul Magistrates' Court, following an application made by the prosecution.

According to Cadet Inspector Manneh, the prosecution was applying for an adjournment to enable him call his witnesses.

He stated that they wanted to proceed with the case yesterday, but due to circumstances beyond their control they are applying for an adjournment.

In his response, Defence Counsel Lamin Camara said the Defence was not objecting to the adjournment, but stressed that the prosecution should endeavour to proceed with their case on the next adjourned date.

Mr. Jaiteh being a civil servant was alleged to have stolen an amount of D1.017, 000, from 2005 to 2009, at the Sheriff Division of the High Court, being the property of The Gambia government.

In separate development, the trial of the former Permanent Secretary at the Department of State for Religious Affairs, Mr. Alasana ST Jammeh, who is standing trial for the offence of giving false information, was also yesterday adjourned to 31st December 2009. 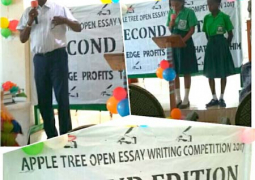