The President of the Interim Committee of the Gambia Amature Boxing Association Tamsir Sarr has tendered his resignation letter to the association.

This development came following the lifting of the suspension of the Interim Committee by the National Sports Council in connection with a trip to Milan, a few months back.

The contents of Tamsir's resignation letter which was copied to the Permanent Secretary at the Ministry of Youth and Sports, Director, DoYS and the Gambia National Olympic Committee, states that "this is my formal notification that I am resigning from the Gambia Amature Boxing Association. Monday 7th December 2009 will be my last day of being President of GABA."

He also recognised the opportunities provided to him during his tenure in office and wish the GABA much success in future.

Tamsir who replaced former President Sang Correa thanked Allah for being positive following the outcome of an investigation by the National Sports Council surrounding the controversial Milan trip.

"I will now have more time to concentrate on my business," he stated.

Finally, he thanked all those who supported him during his tenure in office. 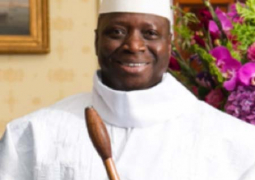