Justice Zainab Jawara Alami of the High Court in Banjul has given the prosecution department at the Attorney General’s Chambers till 8 August 2017 to proceed with a rape case or the case would be struck out.

Justice Zainab Jawara Alami made this declaration on Wednesday whilst presiding over the criminal case involving Omar Jobe.

The prosecution alleged that the accused, Omar Jobe, in June 2015, unlawfully had carnal sexual knowledge of a 15-year-old girl at Ngayem Sajal in the Lower River Region.

When the matter was mentioned, defence counsel S. Kennedy of the Legal Aid (NALA) referred the court to the information filed in December 2015.

He submitted that since then, the state has not been diligently prosecuting the matter.

He said detention of the accused indefinitely contravenes section 24 of the Constitution, adding that the accused was charged with a capital offence and not a misdemeanor.

He pointed out that different state counsel has been appearing in the matter and the state was yet to open its case.

He argued that the absence of the State during the sitting demonstrates lack of due diligence on the part of the state to pursue the matter.

He urged the court to strike out the matter.

The presiding judge then disclosed that the state be given an opportunity to hear from them and she then sent one of the court clerks to the Attorney General’s Chambers and she stood down the case for almost half an hour.

Upon the resumption of the case, state counsel L. Jarju informed the court that the state was interested in the case.

He said the state was unable to proceed because the case file was among the case files that got destroyed by rain during the period when the Attorney General’s Chambers was being refurbished.

He craved the court’s indulgence to grant him an adjournment so as to contact the appropriate police station in connection with the case to obtain statements from witnesses involved.

In his response, defence counsel S. Kennedy submitted that since there was no case file, there was also no case against the accused.

He urged the court to uphold the constitutional right of the accused and strike out the case.

In her ruling, the presiding judge declared that the accused person could not be held forever, adding that state must decide what to do before the next adjourned date.

She warned that if the state fails to proceed with the prosecution, the court would have no option but to strike out the case. 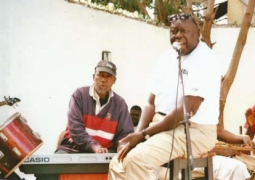