This development followed widespread rumours that Magistrate Jallow was sacked on 13 November 2014, from his position as magistrate.

Speaking to The Point in his office yesterday, JS Belford said: “As far as I am concerned, as the Judicial Secretary, Dawda Jallow is working as a magistrate. I am not aware of his sacking.”

He added: “Maybe your source and mine are different, but I am not aware of his sacking, and this is what I can say.” 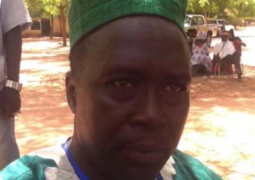