Joseph Pereira, who was accused of assaulting one Sulayman Sillah at Jokor Night Club at Westfield, causing actual bodily harm, was paraded before Magistrate Mb’ai of the Kanifing Magistrates’ Court on 12 October 2015.

The accused, Joseph Pereira, did not accept responsibility.

Chief Inspector Fadera called his second witness to tell the court what she knew about the case.

In her testimony, Astou Sey, the witness, told the court that she lives at Serrekunda and is a businesswoman.

She adduced that on 12 September 2015, she went to Jokor Night Club.

On her arrival, she joined Sulayman Sillah, the complainant, with other people at the same table.

Later, a man called Big Tree walked to the toilet, and on his way, the accused attacked him.

They started fighting, and were later separated.

Big Tree was taken out of the night club, while the accused stayed; the accused later came out and started insulting.

The bottle was broken.

The complainant was bleeding badly, and she told the complainant’s girlfriend to rush him to the hospital, after the two men were separated.

The witness further testified that she asked the taxi driver to speed up and drive them to the PIU. On arrival, she told one of the PIU officers to escort them to the hospital, because the complainant was bleeding badly.

The PIU officer told her to report the matter to the Kanifing Police Station, and they rushed there, where some police officers escorted them to the Serrekunda Hospital, and the complainant was treated.

She wrote her statement at the police station.

Chief Inspector Fadera is expected to call another witness on 19 October 2015. 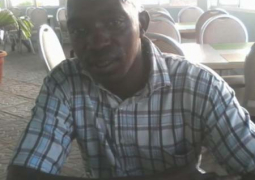