Charles Gomez and Pa Babou Choi were on target for Jokko FC in the 5th and 64th minutes of the game.

Earlier on Saturday 26 September 2015, Nigi United lost to Amdalai FC by the same score-line with Karamo Manneh and Wally Manneh registering Amdalai FC goals in the 30th and 56th minutes of the encounter.

On Wednesday 23 September, Sam Mbollet FC beat Fass FC 2-1 in their replay game. Sheikh Chorr put Sam Mbollet FC ahead in the 17th minute but Ebrima Njie leveled proceedings for Fass FC in the 59th minute. Modou E. Joof sealed the victory for Sam Mbollet FC in the 77th minute to give his side all three points.

Jokko FC earlier on Tuesday came from a goal down to beat Mbankam FC by the same margin in the tournament sponsored by Bayba Financial Services.

Ousman Sonko gave Mbankam FC the lead as early as the 5th minute but a brace from Baboucarr Nyane in the 16th and 75th minutes ensured Jokko FC went home with the maximum points. 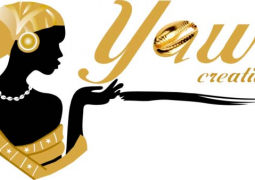