Jiffarong Football Club in the Lower River Region are intensifying preparations ahead of the upcoming district football tournament in the rural settlement.

The team under the guidance of coach Jerreh Kinteh has since commenced preparations, which involve series of test matches, but have failed in their attempt to emerge victorious.

They were beaten 1-nil by the international midfield maestro Ebrima Sohna, who entertained them to a narrow 1-nil defeat in a bitterly fought encounter at the Buffer zone training centre few days ago.

The team, under the guidance of Jerreh Kinteh, resumed their preparatory test matches in the build-up to the highly awaited tournament with an exciting game with Raptim Academy of Fajikunda in which they lost 2-nil on Wednesday.

Two second-half goals from Raptim pair Buba Sarjo and Foday Badjie were all but enough to send the Fajikunda-based academy side into jubilation as they emerged 2-1 winners at the expense of the side that has some great young talents at their disposal.

Jiffarong FC, affectionately called JFC, endured some frustrating starts to the game which saw them concede two goals in quick successions due to some poor goalkeeping efforts.

However, Jerreh and his charges returned to action in the second half to adjust their chemistry and in the process proved dominant over Raptim but all their brilliant attacking options and dominance in the middle of the latter part of the game could only reward them a consolation thanks to a fine header from Morikebba Drammeh.

Speaking after his side yesterday’s narrow defeat to , head coach of JFC Jerreh Kinteh said he was extremely delighted with his team’s performance even though they lost the battle.

“I am really delighted with my boys’ performance because they have given their opponents a good test despite the defeat and I am 100 per cent hopeful that they can make it in the district tournament,” says the confident coach Kinteh, who also remained optimistic of a successful district football tournament.

Also speaking to this reporter shortly after the game was Julius Camara, manager of , who said he was delighted with the manner the friendly game was organised.

“This is our first outside test match and I believe if we can make many test matches like this, it will help the boys to improve,” he said.

Julius described the performance of his opponents as good despite prevailing 2-nil winners and believed they have all it takes to achieve the desired result when the district tourney takes centre-stage this weekend.

Alan and Stephanie Turner of Karmic Angels who have expressed interest in rendering support to JFC were in attendance to watch the team in action with excitement. 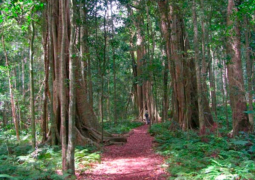