The plaintiff, Arret Njie-Jah, recently continued her testimony under cross-examination in a claim she instituted against Jerma Beach Hotel, the defendant, at the Kanifing Industrial Tribunal.

Under cross-examination, she told the tribunal that on 9 April 2009, when the defendant decided to pay her half salary due to the approached off-season, she then preferred to be given the six-month contract her salary being deducted by 20 per cent.

When the defendant’s counsel put it to her that she preferred some of her junior staff’s contract to be terminated so that she could enjoy a full salary, she responded in the negative.

When told that her termination was due to the downward trend of the service and the low season, she answered in the positive.

She said she was given D32,617, covering the six months and for her termination.

At that juncture, a payment voucher was tendered in court which bore her signature confirming that she had received the said sum.

When it was put to her that the money was given to her including her leave arrears, she admitted.

When told that the defendant never agreed to pay her anything more than her monthly salary, she answered in the positive.

The case was then adjourned till 9 January 2012.

Previous:
Man arraigned for attempted felony
Next:
Boost for St. John’s School for the Deaf 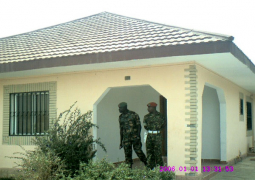 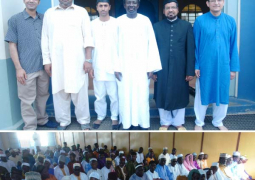