Goals from Mustapha Jarju were key to fifth win in a row by thumping Tubize 2-0 in Belgian second division.

opened the scoring just after half hour in to Saturday's game. Matthys handed a clever pass to Jarju who went for the target, according to club’s website.

The Gambian unstoppable forward fired his bullet in the top corner. Jarju came back in the 88th minute taking advantage of a poor clearance defence to release a powerful shot marking ’ second consecutive double and most importantly, now sixteen goals to his credit in the league.

Substitute Tijan Jaiteh and the were held to a goalless draw by in the Danish Super Liga on Sunday at the Cass Arena on Sunday. are 7th on the table with 26 points.

Abdourahman Dampha’s Neuchatel Xamax lost 2-1 to FC Zurich on Saturday to increase their poor run of form to 15 defeats in 25 matches with 22 points.

The side, which is second from bottom, is sure of heading for relegation.

St Gallen scored 1-0 to beat Bellinzona in their 3rd home-win since the start of the season. Pa Modou Jagne and St Gallen had an unimpressive performance this season languishing at the bottom of the Swiss Axpo Super League table with 20 points.

Momodou Ceesay’s Zilina triumphed 1-0 over Zlaté Moravce on Saturday in the Slovakian Super Liga to extend their one point lead on the table. 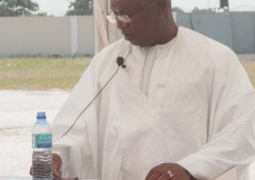 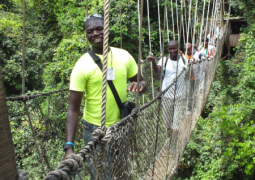