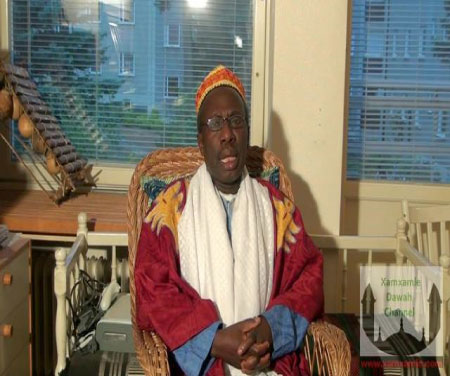 The gesture was part of the association’s contribution towards the development of Gunjur Health Centre as well as complementing the government’s efforts in the health sector.

Speaking on behalf of Jannehkoto Unitary Association at the presentation ceremony held at the Gunjur Health Centre, the operation manager at the Gunjur Radio Station Jannehkoto FM, Omar N. Darboe, said the gesture complement the president’s efforts in developing the health sector.

According to Darboe, Jannehkoto Unitary Association has been contributing immensely towards the development of Gunjur, adding that the donated items will aid the health centre in their quest for good health delivery service to the community.

Speaking on behalf of the Alkalo of Gunjur, Alhagi Sheikh Sabani Cham applauded Seedy Ali Janneh for his tireless contribution towards the development of Gunjur.

The chairman of Gunjur Village Development Committee, Demba Jobe Touray, also hailed the donors for their benevolent contribution towards the development of Gunjur Health Centre.

Demba Jobe Touray said Seedy Ali had spent his wealth in the development of Gunjur and seized the opportunity to thank him for his laudable support to the Gunjur Health Centre.

Demba Jobe Touray also seized the opportunity to call on other Gunjurians in the Diaspora to emulate Seedy Ali for his tremendous support to Gunjur and its health sector, adding that the donated items would aid women at the labour ward.

The chief of Kombo South, Alhagie Mustapha Touray, expressed appreciation to Seedy Ali for his laudable support to the Gunjur Health Centre Labour Ward, noting that the gesture will help women at the labour ward.

According to chief Touray, government has three main priorities which are agriculture, education and health, saying the gesture was geared towards complementing government’s efforts in the health sector.

Chief Touray challenged the beneficiaries to make best use of the donated items because “they are very expensive to purchase”.

Speaking on behalf of the chairman of Gunjur Health Centre Committee, Karamo Janneh expressed delight at the gesture urging the beneficiaries to utilize the gesture into good use.

Binta Jassey, a nurse at the Gunjur Health Centre, thanked Jannehkoto Unitary and Seedy Ali for their support to the health centre.

The vote of thanks was delivered by the public health officer at the Gunjur Health Centre, Lamin Camara, who said the health centre belongs to the people of Gunjur and Kombo South because it is the only major health centre in the district.

Camara use the occasion to congratulate Jannehkoto Unitary Association and Seedy Ali for their timely gesture to the Gunjur Health Centre.

The community leaders also recalled the donation of three new tractors to farmers by Seedy as part of his contribution towards the development of agriculture in the country.

They also hailed him for establishing Arabic schools in Sukuta, Faraba Banta and Brikama as well as creating a scholarship opportunities scheme for over 25 Arabic students for overseas studies.