President Yahya Jammeh will provide Tobaski rams to civil servants and members of the armed and security services on loan payable within six months, a dispatch from the Office of the President said Monday.

This, according to the dispatch, will be on a first come first serve basis.

“Civil servants who are interested should contact their heads of department, while members of the armed and security services should get in touch with the ministry of defence or the army headquarters,” the dispatch stated.

According to the dispatch, all heads of departments should work with the treasury department so that the repayment can be properly effected.

A special account, it said, will be created where all payments will be deposited.

The dispatch noted that the list of all interested persons should be submitted to the Office of the President or the Secretary General not later than Thursday 11th October 2012.

Volleyball League second round set to kick off tomorrow 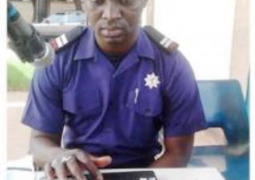