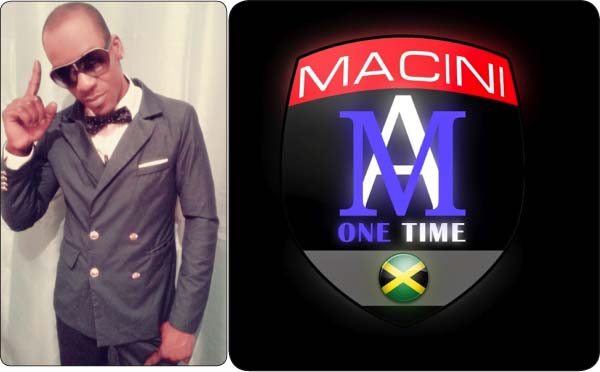 Jamaican Dancehall/Reggae artist Macini was completely blown over by the reception he received in Gambia over the 2014 Christmas period.

Macini, who was invited to join The Born Africans Gambian tour by group member Rankin Fire, was amazed to have made such an impact at each of the venues, namely Dufflaz, Lama Lama, Sun splash, SukutaCinema Hall, Gunjur, Sunshine, Independence Stadium and Blue Parrot.

“The people just love my music,” he said. “They were so warm and welcoming and just had a good time partying and dancing to my tunes; they kept shouting pull up, pull up!”

Macini first met The Born Africans in Wales in 2013 andwas very surprised to receive the call early December 2014 inviting him onto the tour.

He puts this down to his new music. Macini says peoplego crazy over his songs, especially ‘She Tell Mi She Love Mi’ and his latest recording, ‘Man a General’, which took Gambia by storm resulting in a greatly boosted fan base! The tour opened in Dufflaz 17 December and wound up at the Blue Parrot on 27 December.

Macini’s personal highlight was an unscheduled performance on 26 December at the Independence Stadium’s Open Mic Fest.

Macini said, “I was honored to be special guest at the 7th Anniversary and loved the opportunity to sing with a live band.

Gambia was a tremendous experience and I appreciate the Gambian people. They are always smiling and I love to be in their country.”

During the two-week tour Macini was interviewed by several radio stations including: Citylink FM, Paradise FM, West Coast Radio and Afri radio 107.6 FM - where DJ Simpliest asked Macini if he could release his album, due out later this year in Gambia. Macini even managed to shoot his official video for ‘Tell Mi She

Love Me,’ with special assistance from Artical Slice who interviewed Macini for the Total Reggae Connection TV show.

Artical Slice even announced that he will be airing Macini’s music videos.

Everybody wanted to know about Macini’s song ‘Man a General.’Macini told them that it was produced by Jnil on the ‘Powerful Riddim’ - Pure & Natural Records. He also said that

Man a General represents the way he views himself – living clean and carrying off the swag pure & natural and regards this signature song. When Macini was not performing, he spent time in the ghetto’s meeting everyday people; something he enjoys and values.

Macini is now back in the UK where he has been sharing his Gambian experience, speaking live on Buffalo Radio and other stations. Future plans include a tour of Germany in February and a return to Jamaica later this year to record with Bounty Killer and make more of his ‘Real Foundation songs.’

You can check out Macini’s music and reach him on Youtube, Twitter and Reverb nation by typing in @Macini Music to add on Facebook https://www.facebook.com/macini.artist?fre Bookings: email sky1876ent@gmail.comAgent Baddalinks baddalinks.grungstar@yahoo.co.uk