Jain Joof, head coach of Samger FC, has expressed sadness over his side’s 3-1 defeat in the hands of Steve Biko FC in the week-three fixtures game played at the Serrekunda East Mini Stadium.

“I am very much sad about the result of the game,” he said, adding: “The score was not something we expected.”

He said they prepared well and worked hard during training knowing that Biko lost their previous match.

He stated that his boys played well, especially during the first period and should have won the game because they created so many chances and dominated the game.

Steve Biko, he noted, came all out in the second half, especially when they scored their equalizing goal and decided to change their way of playing by playing more of direct attack than keeping the ball in their own half.

He said he told his players to be very careful because Biko had very good strikers that could score goals at any moment and if at all they were not pinned or marked properly his side may end up conceding goals.

This was what happened, he noted, due to lack of concentration in his entire back of four and his goalkeeper, which cost them the game.

He noted that they got it all wrong against Steve Biko FC in their defence line because they were not concentrating at all, especially when Biko were winning a lot of set pieces in Samger’s half.

“Steve Biko created most of the chances through set pieces,” he noted, adding: “Lack of marking and their goalkeeper involving in one of the goals all contributed to their defeat.”

Asked about the issue of not seeing one starting 11 team for Samger FC, he said, they had certain reasons, beyond their control that arise before their games but they have to accept it in good faith, adding that most of his players were injured.

Further asked about the thoughts of his goalkeeper’s sending-off, he said it was an absolute red card.

The goalkeeper made a blunder, which is “unaccepted” because the player had already scored the goal, he reasoned. 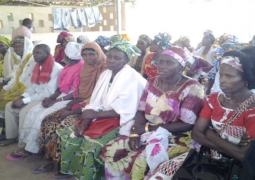