The trial involving former Attorney General and Minister of Justice Lamin AMS Jobarteh could not proceed recently before Justice Minkailou Abdoulah of the Banjul High Court.

Jobarteh was arraigned on new charges which included three counts of abuse of office and two counts of forcible entry.

When the case was called, director of Public Prosecutions S.H. Barkun announced his appearance for the state, while the accused was represented by Lawyer BS Touray.

The trial judge said the interpreter was not in court, and the witness, the Alkalo of Toubanding Village, speaks in local language.

At that juncture the case was adjourned till 2 April 2014. 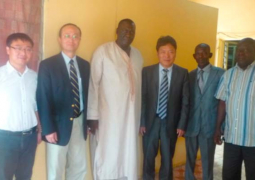