Jailed ex-CDS, others to re-appear at Supreme Court today

Lang Tombong Tamba the imprisoned former chief of defence staff of the Gambia Armed Forces and six others sentenced to death for treason, would today make their second appearance at the Supreme Court of The Gambia in Banjul.

They will appear before a seven-member panel of judges to hear an appeal they filed against their conviction last Monday.

Counsel for the appellants Sherriff Marie Tambadou at the last adjournment date notified the court that he had filed briefs on behalf of the appellants on 20 March 2012.

The Director of Special Litigations, Daniel Ofri Kulo, acknowledged receiving counsel’s briefs, paving the way for the Chief Justice, as head of the seven-member panel of judges, to adjourn the matter to today for continuation of hearing.

It would be recalled that the appellants were sentenced to death by the High Court in Banjul for treason on 15 July 2010.

They then appealed against the high court’s verdict before the three-member Gambia Court of Appeal, which dismissed the appeal on April 2011.

The accused opened their defence and, following completion of the defence testimonies, both the defence counsel and state prosecutor addressed the court.

The person executed was Mustapha Danso, a convicted paramilitary officer, for his part in the killings which occurred during the 1981 coup attempt.

However, a few years later, the death penalty was abolished, during the First Republic.

The death penalty was re-introduced early in the Second Republic, in August 1995, but has never been carried out to date. 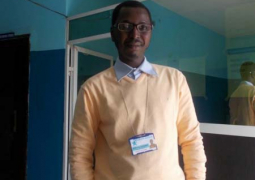 Gambia will never be an enemy to US - says President Jammeh