The face is that the miserable plight of woman is the result of the economical, social, political and psychological conditions prevailing in the some part of the world today. We must take note of these if we really want to reform our social life and know as to where these evils spring from.

At the root of the present miserable plight of woman lies the wretched poverty that the world has been afflicted with now for many a generation past. It is the social injustice which makes a group of people live in luxury and profusion while their fellow-beings do not find enough to feed or cloth themselves properly, and the political repression which splits a people into rules and ruled, the former enjoying all privileges without the attendant obligations and the latter laboring under heavy burdens with on rights or compensations in return. The dark clouds of oppression that overcast the heavens about are the result of these very social factors. It is these circumstances that are in effect responsible for the present humiliation and persecution of woman today.

Woman craves for an amicable relationship of love and mutual respect between her and her companion, man. But how can this love and respect find expressions in this suffocating atmosphere bleak poverty and social repressions? For, not only woman but man too is the victim of these circumstances although he may seem to be comparatively better off than her.

Man treats woman roughly and persecutes her as a reaction to that harsh and rough treatment and persecution that he himself suffers at the hands of the people around him. He is disgraced and his self pride is wounded by the rough treatment of the chiefs of the village, the police officers, and factory owners or the state. He meets nothing but disgrace and humiliation in social life but he cannot avenge himself upon all these antagonistic forces, so he comes back to his house and gives vent to his anger on his wife and children or those who happen to be near to him at the time.

It is the accursed poverty that exhausts man to the utmost limit, totally incapacitating him for love, sympathy or forbearance towards those with whom he comes into contact with. Again it is this very wretched poverty that makes woman put up patiently with tyranny cruelty and rough treatment from her husband for she knows that life without a bread-winner would be even worse. She dare not even claim her legal rights fearing that her husband taking it ill might divorce her. And what would she do if he divorced her? Who will support her? For, her parents are themselves too poor to support her. They cannot but advise her to return to her husband and bear up with the degradation and humiliation as best as she can. This is one reason why woman is so degraded and humiliated in not only the East but other parts of the world today.

Secondly, backward as it is today people lack ideals as well as self-consciousness and plunges into a dark night of ignorance. It has become devoid of all higher values of humanity save one-power and its various manifestation which it worships, and holds weakness to be in itself a sufficient justification to despise or hold in contempt anyone bearing its stamp.

It is this self same worship of power that makes man, the sterner sex, hate weak woman. He finds it hard to honor or respect woman as a human being, for he also lacks the moral refinement so necessary for such an attitude toward the weaker sex. A woman may, however, be honored if she happens to possess wealth, the key to power and authority over others.

Afflicted as it always is with ignorance and hunger, a backward community can hardly afford to spare time or energy to achieve moral elevation and discipline, although it is through these alone that a people can attain to higher planes of humanity and rise above the plane of a purely animal existence. In the absence of such a moral and spiritual discipline or in the presence of the one that is unsuitable, the inevitable result is that human life assumes a purely economic character; power is worshipped and is measured in terms of animal passions.

These are the most important factors responsible for the disturbance and trouble witnessed today. But for these, the woman would not have suffered much, nor occupied so low a position. Neither of these bears any relation to Islam; they are incompatible with the true Islamic spirit.

Poverty is it the result of Islam? Certainly no, for it was but Islam that had made the community so rich that as happened in the days of Umar bin Abdul Aziz there remained not even a single man in it who was poor enough to deserve or receive alms. Islam is a practical system of life that brought about that great economic miracle in terms of practical life. It is this same system that we do earnestly seek to re-establish today. Islam as a system of life manages to get the wealth of people distributed in a just and fair manner among the members of the community “in order that it may not (merely) make a circuit between the wealthy among you” (xlix: 7). It does not extol or approve of poverty; rather it would see it abolished. Nor does it favor luxury and license; it prohibits these both.

Poverty is the most important factor responsible for the troubles of woman of today. Once it is done away with the greatest of woman’s problems will be resolved forthwith. With that she will also get back her respect, for which purpose she may not necessarily have to go and work outside (though she has the right to do so) as she too will then have her share through inheritance in the increased wealth ofthe community which she may spend on her personal comfort only. When rich she may be sure to command the respect of men and be bold enough to exercise her rights without any fear or threat of poverty.

And what about the political injustice man is suffering from making his vent his repressed rancor on his wife at home? Is Islam responsible for that?

Islam cannot be blamed for it either, as it preaches revolt rather than obedience to injustice. In this respect it so equitably regulated the relations of the rulers and the ruled that when once Omar said: “Hear and obey” a man from amongst the assembly of the believers retorted: “We shall not hear you, nor obey you, unless you tell us wherefrom have you got this sheet of cloth you are putting on?” At this Omar did not fly into a rage. He, on the other hand, praised the man and clarified his position before the assembly, so that at last the man again got up and said: “Now give us your orders. We shall hear and obey you”. It is precisely this form of government we seek to establish today, so that no ruler may dare oppress people; so that the relations of a man with his wife and children are based on justice, charity, love and fraternity. And the degeneration of higher human values is Islam to be blamed for it?

No, Islam has nothing to do with degeneration of moral values. It seeks to elevate human beings inculcating in them higher spiritual values. It taught men that “the noblest of you in the sight of Allah is the one best in conduct,” rather than the one who is the richest, mightiest, or strongest. Once these higher values are firmly established in society, the woman will no longer be looked down upon because of her weakness. The gauge of a man’s humanity in such a society is his fair treatment of his wife as the Holy Prophet said: “The best amongst you is he who is best to his wife and I am the best amongst you as regards the treatment of my wife”. Deep insight into the human psychology as this saying of Prophet does exhibit; it also tells us that a man cannot ill-treat his wife without being a victim of psychological complexes and disorders or falling short of the true human standard.

And the degradation of men to a purely animal instinctive level of existence is Islam the cause of it? Surely no, Islam is not the cause of this degradation, for did it ever sanction that men should sink low to such an animal level? Far from it, it seeks to elevate men and women to such a high plane of being that they are no longer mere slaves to their instincts, nor is their outlook upon life solely molded by these. The sex relations of men and women are in the sight of Islam not purely animal relations. They rather represent their physical need which it approves of with an eye to free them from the over-domination of sex which if left to itself may thwarttheir creative pursuit belonging under the different realms of practice, science, arts or worship and which may in the absence of a lawful outlet drive them to adopt wrongfulpractices. As such though Islam does not condemn sexual relations of men and women yet it does not approve of their being wholly taken up with them. It rather urges them to devote their energies to the higher and nobler ends of life, man exerting himself in the way of God incessantly and woman doing her best in training her children and looking after household duties. Thus Islam gives both man and woman ideals that elevate them far above the purely animal level of needs and passions.

That woman is reduced to a very low plane of existence is undoubtedly true the way to reform this situation is not that adopted by the woman in the West who was faced with peculiar circumstances and therefore, was subject to typical aberrations of her own springing up from those circumstances.

Islam and Islam alone do provide a solution to the problem of woman no less than that of man. Let all of us, men, young and old, turn towards it, strive hard to re-establish an Islamic state and enforce Islamic law in our lives. Only then shall we be able to realize in practice our beliefs and ideals. This is the only way to achieve symmetry and harmony in our life without any resort to injustice or tyranny. The End. 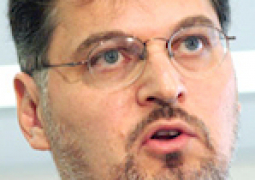