Contraception, some may say, may be as old as the human race itself because people, especially women used old fashion methods of contraception in the olden days.

In the 21st century, science has also come up with contraceptives that one could use to prevent pregnancy that is unwanted or unintended.

The She-she-she, which deals with issues of women and girls within the country and beyond, was opportune to be part of a five-day training workshop organised by the United Nations Population Fund (UNFPA) on Sexual Reproductive Health, Family Planning Methods and Harnessing the Demographic Dividend.

She-she-she brings you two latest contraceptives that would be introduced in the country’s SRH services in the health centers and hospitals by next month.

Why use Marvelon 28? It is used to prevent pregnancy. When taken correctly without missing tablets, the chance of becoming pregnant is very low.

When should you use Marvelon 28? If you have had in the past a blood clot in the blood vessel of the leg, lungs and other organs.

If you had a disturbance of blood clotting or serious risk factors of blood clotting, diabetes mellitus with blood vessel damage or a `cancer that may grow under the influence of sex hormones (e.g. the breast or genitalia organs).

If you have any unexplained vaginal bleeding and if you are pregnant or think you might be pregnant.

When do you need to take special care with Marvelon 28: Several situations are described where you should stop taking the pill, or where the reliability of the pill maybe decreased? In such situations, you should not have sexual intercourse or non hormonal contraceptive precautions. For example, use a condom or another barrier method.

Marvelon 28, like all the contraceptive pills, does not protect against HIV infections (AIDS) or any other sexual transmitted disease.

Zinnia: Another new contraceptive, it is an estrogen progestron combination, which acts by inhibiting ovulation by suppression of the mid-cycle surge luteinizing hormone, the inspissating of cervical mucus producing a barrier to sperm and the rendering endometrium unreceptive to implantation.

Contraception has been in people’s life since time immemorial. In the olden days, it is said that our fathers will send their wives away to be with their mother-in-laws to breast-feed their babies to ensure birth spacing.

It is also said that some Muslim men practice the withdrawal method to avoid unintended pregnancies for birth spacing while other women will use traditional methods like the use of herbs to tie around their waist and the use of jujus given to them by ‘marabouts’ to prevent pregnancy.

In the 21st century and today, the conventional type of contraception is just complementing the ones that people used in the olden days.

The man instead of withdrawing and releasing sperm on the bed, can released the sperm while wearing a condom, tie it and then disposed of it, which could also protect him from sexual transmitted infections.

Family Planning is not a matter of decreasing the number of your family, but it is about planning your family in the way and manner that all your children will get the basic needs, and they will be provided for in terms of education, feeding, shelter; and they will be healthy and contribute meaningfully in the development of their country or community.

One of the trainers at the UNFPA training program for media practitioners, Famara Fatty, said “contraception is not abortion.”

“We are not interested in aborting anyone, we are preventing pregnancy before it happens,” he said.

He said that the perception that if one takes contraception for the first time without having a child, you will not conceived again is not true, because the moment you stop taking contraception the hormones get low and you will conceive.

There is nothing like throwing away a child, because when a man practices the withdrawal method during sexual intercourse to release the sperm on the bed or anywhere, it is never said that he has thrown away; and when one uses the condom to replace it with the withdrawal method people will say the man is throwing a child or children away.

These are the same methods.

Then our mothers are sent away to go and breast feed for the sake of birth spacing, and since today’s lady or woman may not understand that the contraception came in there to help resolve the situation; before sending your wife away, you can still stay with her in the same house, have sex while she chooses from the varieties of contraceptives available to enable birth spacing for the sake of the health of the baby she is breast feeding.

The modern contraceptives are as good as the ones used in the olden days; the only difference is that they are conventional medicines.

Women and men of reproductive age should know that contraception is not a method used to abort pregnancy, but to prevent pregnancy, especially the one that is unintended or unwanted, and unplanned.

It is in the best interest of that child that you are breast feeding, who has the right to stay and live a healthy life.

UNFPA wants to make sure that Every Pregnancy is Wanted, Every Child Birth is Safe, and Every Young Person’s potentials are fulfilled. 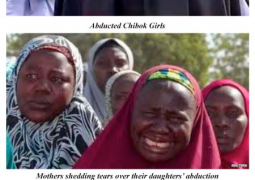