In this edition of youth forum, we introduce to you a young Gambian Kebba S Bojang who has broken records in .

He was born on the 9th day o May in 1978 in Jambur, Kombo South District in the West Coast Region.

After the , he did his horsemanship/internship for two years at Royal Victoria Teaching Hospital, 2006-2008. During the last six month of his internship, he was having weekly radio programme on GRTS on the topic: ‘Health Education’ coordinated by Mr Baboucarr Ngum, Public Relations Officer of RVTH.

Shortly, before finishing his horsemanship, Mr Bojang got admission to in to do his master’s programme in Clinical Medicine under the Taiwan ICDF scholarship.

The Clinical Medicine programme consisted of two main components: The laboratory and Clinical components. In the laboratory aspect, he did courses such as Contemporary Research methodology in Biomedical sciences, Proteomics, Genomics, Bioinformatics, etc. such which are yet to be introduced in this part of the world.

In doing these subjects, he had the access to modern laboratory equipments and was able to perform some high caliber laboratory procedures.

The Clinical component consisted of rotation in various divisions of the Internal Medicine Department during which he took part in Departmental monitoring meetings, daily ward rounds, case discussions among others.

Assessment was both laboratory and clinical but Bojang was ever determined and at the end of the first year, he got the best result and won the ICDF Merit Award with cash prize of NT$15,000.

The greater part of the second year for him, was dedicated to doing research, thesis, and his thesis was Epidemiology Study of Infection-precipitated Diabetic Ketoacidosis (DKA).

DKA, according to Bojang, is the most life-threatening emergency condition in diabetic patients, which he chosed having an interest in emergency Medicine.

The research was carried out at Kaohsiung Medical University Hospital (KMUH). All the DKA cases seen at KMUH from January 2009 to April the same year were included in the study.

At the end of the second year, based on the assessment from the laboratory, clinical and thesis, ’s Kebba Bojang emerged the best student in the Clinical Medicine Master’s Programme in the Graduate Institute of Medicine.

As a result, he was given a Honour by the university and the ambassador of the Republic of China on in the .

In addition to his course proper, he was teaching English at the Language Centre of the university he attended.

Bojang is today a qualified medical doctor with a master’s degree in Medical Sciences (MMS) with honours. 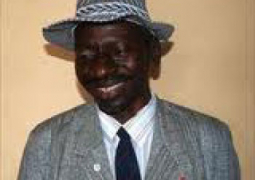