Interior opened the scores through Isatou Jallow in the 4th minute of the game after capitalizing on Abuko United’s defensive blunder to give her side the lead.

Binta Colley doubled Interior’s advantage in the 49th minute of the game to dash Abuko United’s hopes of coming back to their feet.

Abuko United responded for an equalizer and could have pulled back through Abie Colley in the 70th minute of the game from an excellent shot, but the effort was denied by Interior’s custodian Aminata Gaye.

Abie Colley also came very close to pulling back one for Abuko United in the 79th minute of the game but her shot was saved by the Interior net-minder Aminata Gaye.

Substitute Sally Ceesay managed to pull back one in the 83rd minute of the game, which eventually proved to be a consolation goal for Abuko United.

As champions, Interior walked away with a giant trophy and cash prize of D50,000, whilst Abuko United received D40,000 as runners-up. 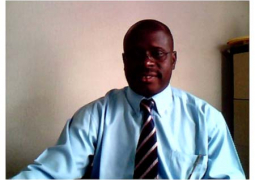