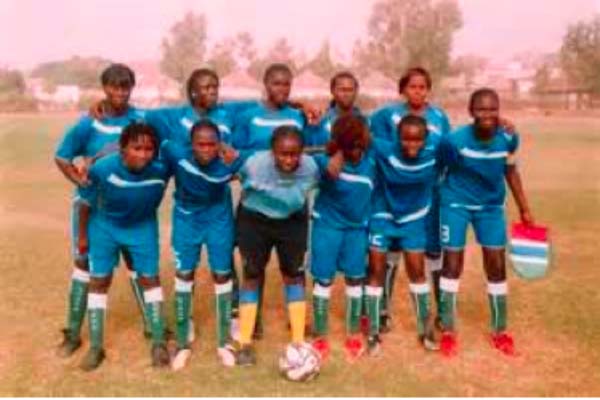 [if gte mso 9]> The Gambia Football Federation female league champions Interior FC will host their counterparts from Guinea Bissau in an international friendly match to be played on Saturday 29 August 2015 at Brikama Mini Stadium.

According to Officer Commanding Police Sports Department, Asp Buba Ceesay, they got an invitation from the Guinea Bissau team to have an International friendly match with their (Interior) female football team.

The game will be sponsored by the country’s GSM Company Africell.

He added that when they received the letter, they met to discuss on preparation for the day.

Asp Ceesay stated that they have levelled the ground for their visitors who are due to arrive in Banjul on Friday 28 August for the two-day visit.

“Now is the best time to work with stakeholders in football, especially sport, to put their toughs together so that the event can be a success,” he pointed out.

It is an event not only for the security or police but also for the entire Gambia, the Police O|C said, while calling on all to come out in their large numbers to grace the occasion.

The team went on to play and win two finals – one with Agriculture in 1997 in which they won the trophy, before going on to beat Ministry of Defense in another final 1999.

That success inspired the then top Police officials to form a formidable female team called Interior, which is at its top form throughout all these years despite some little hitches.