The National Sports Council (NSC) has set up an 8-member interim committee for the Gambia Karate Association to run it for three months with an option to extend their mandate, after dissolving its executive.

In dissolving the executive, the NSC stated in a press release made available to Pointsports: “In line with the desire to ensure that all National Sports Associations/Committees/ Federations are active and run within their constitutions with a view to attaining excellence and national glory, it has dissolved the current Executive of the Gambia Karate Association”.

“The mandate of the Interim Committee which runs for three months and is subject to extension depending on the need to do so.”

The NSC asked for the cooperation of the general public in its endeavour to develop sports for the good of the athletes and in the national interest. 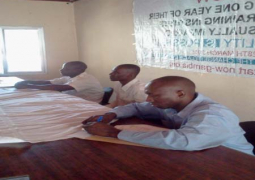