Every individual has a or multiple inspirations (something or someone that drives us to do things, perform or achieve). To a certain extent, it is our key motivator. It could be exercise, food, clothes & fashion (dressing to impress), knowledge (driving desire to know), a prominent individual or personality or a combination of two or multiple of the fore mentioned and others. Personally, it is all of the above compressed into one powerful medium, a book. Through reading, I gain knowledge and understanding.

One gets to explore through the mind imagery and scenes of different places, cultures, emotions, people and settings. Often times, they are more vivid and inspiring than reality to the point where one can see themselves taking the tour of the Taj Mahal of the, walking by the Grand Canyon, viewing the world from the top of Mount Everest or the Eiffel Tower, getting the real perspective of various career paths from fashion to politics, law, medicine and astronomy. Everything has a new and different perspective and it is quite refreshing and uplifting to the avid mind. .

For others, it could be access to new and viral technological inventions like the notebook, I-pads, I-phones, smart-phones, electronic household appliances, automobiles (fast and muscle cars) that removes the chore element out of everything today, expenses  Pretty soon, the age of roots will be upon us. Faith is the most important of all motivators or inspirations. To believe wholeheartedly in a positive way of life (thoughts, words, deeds) and set of values is truly wholesome.

One medium from which perhaps everyone relates to and draws inspiration from is music. Though tastes vary, it would be safe to say that every generation has taken something from this unique medium. In the sixties right up to the nineties, African folks sang songs of freedom and religion and emancipation. It was the era of blues, jazz, indie and gospel melodies with legends like Gladys Knight, Michael Jackson, Aretha Franklin and mama Makeba belting out toe tapping and body moving beats.

Today, there is still a divide in tastes as there is in the various genre of music that our generation appreciates. Yet music is still a driving force that bridges gaps. With the rise of rap in the late ‘80’s and hip hop in the 90’s, the selection has broadened and personalities in these genres’ grown amazingly in prominence and become role models to legions. Young people all over the world are inspired by them, the lives they live, the clothes and accessories they adorn, the living they make and the messages they send through their songs.

It has been said that the kind of inspiration they offer is one that the young people of this era can do without. Song lyrics that encourage, even glorify gang banging, hell raising, gun toting, alcohol consumption, drug ingestion and substance abuse, lack of respect for the law, degradation of women as merchandise, exposure and total disrespect of the human body.

Because they (the likes of Curtis Jackson aka 50 Cent, Snoop Dogg, Eminen etc) are at the top of their game and careers, many are tempted to believe that the songs are harmless and are just amazing beats with sassy lyrics. Yet most of these artists have actually lived these hard lives with rags to riches tales. From the slums they came and even with success and wealth, they still can’t quite shake off that way of life or belief.

This Saturday marks the second anniversary of legendary musician Michael Jackson’s death. Now this as a man who truly inspired through the positive messages of healing, peace, emancipation, fight against violence, care of humankind and our environment, love and even his lighter beats. With so much of his amassed fortune (from platinum hits like “Thriller”, “Black or White”, “Heal the World”, “Beat It”) given to charity during his lifetime, he used his music to reach millions and try to breech the divide. Even though he has passed, his music still lives on and his inspirational legacy still thrives.

We all need inspiration in life in other to aspire and exceed. We just need to choose wisely so we can grow and not diminish through the people or personalities we fashion ourselves after or aspire to be like. Who will you be today? 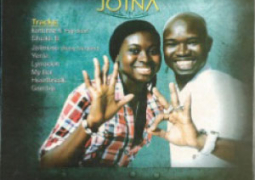