At its first meeting in the 2008 legislative year, the National Assembly on Thursday, 3rd April, amended the Cabinet Members (Payment of Gratuities) Act, 2006.

The Amendment Bill seeks to make provision for Cabinet Members who are incapacitated by ill-health and unable to continue to perform their duties to resign from their positions, and be entitled to gratuity payment, after being in office for more than twelve months.

Moving the motion before Members of the National Assembly, Hon. Mousa Bala Gaye, Secretary of State for Finance and Economic Affairs, asserted that section 2 of the 2006 act indicates that a member of Cabinet who resigns as President, Vice President or Secretary of State is not entitled to gratuity.

The new amendment, he added, seeks to qualify this section that a cabinet member who, having served for a period of not less than twelve months, resigns by reason of ill health which prevents him or her from discharging the functions of his or her office, is now entitled to gratuity.

The Amendment Bill also makes provisions for the resignation of a Cabinet Member on health grounds to be supported by a medical report from the Director of Medical Services stating whether, in his or her opinion, the ill-health renders the member of Cabinet incapable of discharging the functions of his or her office.

"Supposing Mr. or Mrs. X was appointed as member of Cabinet and within four months of assuming responsibility, he or she becomes incapacitated for one reason or the other and is not able to discharge his or her functions," he reasoned, while wondering if he or she would fall under the same category. However no sooner had he expressed this worry than Hon. Jatta took in the full import of the proposed amendment, to his apparent relief.

For his part, Hon. Momodou Lamin Sanneh, Minority Leader and member for Kiang West, described the bill as a non-controversial one as, according to him, Cabinet members are Gambians and are there to serve the interest of Gambians.

"This is a way forward and is in the right direction," he noted. 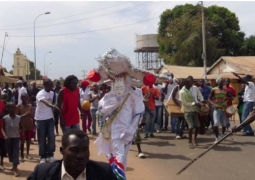 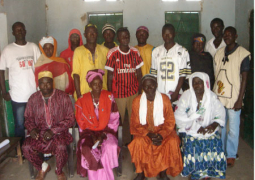