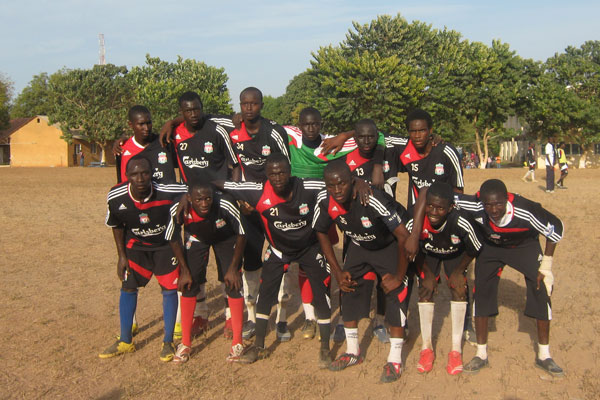 Ndow's Comprehensive Senior locked horns at the weekend with in an enthralling inter-school football match played at the Mariana school grounds in Bakau New-Town.

The match was characterized by a high level of hustle, but good sportsmanship.

After the opening handshakes and jestful camaraderie, the match then took off to a brisk and exhilarating start.

The pace was scorching, and the teamwork very tight and skillful.

In the first half, wave upon successive wave of attacks and counter-attacks were seriously launched by both sides but produced no goals. Ndow's Assan Sohna and 's agile Saffiyang Gassama twice came close to scoring but marina's agile goalie, Mohammed Camara, was always equal to the challenge. It was 0-0 at the end of the first half.

The 2nd half was just as vibrant. It was only in the last 20 minutes that team substitutes started to be brought onto field, with determination on both sides to break the solid deadlock.

The deadlock was not broken until 10 minutes before the end of the match. Ndow's School, who had pressed the greater part of the match, were finally rewarded for their efforts. Their midfield as well as defenders suddenly surged forward and maintained an all out attack in the Marian half. Pressing passes from defenders Ibrahima Jobe and Pa Cherno Bah finally found striker Assan Sohna who broke free and rifled home a ground volley to the near post. The match ended 1-0 in favour of Ndow's Comprehensive Senior.

Coach Alieu Jeng of , gave the greater credit to Ndows Comprehensive. He stated after the match, "Marian played a solid game, but the Ndow's team is strong especially those of them who belong to The Gambia football Academy. It is not the winning that mattered today; it is the participation and the good spirit in which the game was played. Both teams also played high quality, solid soccer, and this has been very satisfying and encouraging to witness. I hope we can from here solidify our links through the proposed Senior Private Schools League initiative. It will give us that opportunity to develop and tap early such fantastic talents as we saw today." The match coordinator for Ndow's comprehensive, Charles Sarr Thomas, praised the strength and solid performances of both teams. He said, "The two teams were equally matched, although Ndow's won by one goal, the match could have gone either way. I was not only impressed, I was also greatly surprised by the high quality of teamwork combinations and skills we saw today. The spirit and the discipline have also been exceptionally good. We should have more of such games in the county, for tapping of talents at an early stage, and also for providing recreation, self esteem and healthy pastimes for our youngsters." A sport observer from Bakau, Babou Senghore, remarked, "It was an exciting good quality match. I wouldn't have minded paying some Dalasis to watch it."

We are informed that a female version is being considered for the near future. 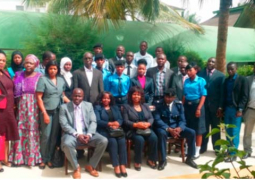