The defence lawyer Mr Emmanuel Chime representing some former agents of the National Intelligence Agency (NIA) on at the Kanifing Magistrates' Court, presided over by Buba Jawo, Mr Chime urged the court to either dismiss or rule for the continuation of proceeding.

Lawyer Chime made this application following a prolonged delay in the said case. Moreover, Lawyer Chime pointed out that prosecution have been given enough time to prove their case, instead they failed to appear for the past sitting, he adduced. In line with this, the defence lawyer urged the court to strike out or rule for proceeding to continue.

The defence attorney said that the current status quo denoted that it is like the prosecution had lost interest in this case. Thus, the defence lawyer called for prove or exonerate the accused persons from the criminal charges preferred against his clients.

The accused persons were alleged to have taken eight pieces of diamond stones, $206,000, one Nokia phone, D1100 and a shaving machine from two German nationals Frank Mahleh and Nicolas Westpal.

However while making his final submission the defence counsel intimated to the court the need for guarantees, that could allow the accused persons prove their innocence instead of leaving them in a desperate state. 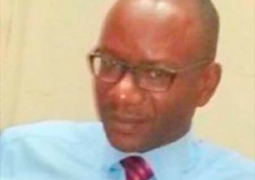