The state counsel in the case involving the Daily Observer deputy editor-in-chief, Alagie Jobe, and one Mbye Bittaye, failed to appear in court on 30 April 2013, when the case was mentioned before Magistrate Abeke of the Kanifing Magistrates’ Court.

He said the state counsel was not in court, and had not written to the court as to why he was absent.

He expressed his concern that the first accused was still remanded and he was not on bail, adding that the state counsel did not give the defence the voluntary and cautionary statements as ordered by the court.

He argued that the case was adjourned to the 30 April 2013, for hearing, and the defence could not come to court and the state would not proceed.

The defence counsel urged the court to strike out the case and discharge the accused persons.

He made an application for the court to make an order that the accused persons shall not be rearrested, adding that if the court did not want to grant the application, they were applying for the evidence of the first prosecution witness to be expunged.

Magistrate Abeke then said that the court would give the state the benefit of the doubt, adding that the order relating to the first accused still stands and was extended.

He adjourned the case to 7 May 2013, for continuation. 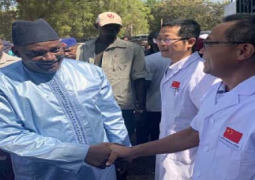 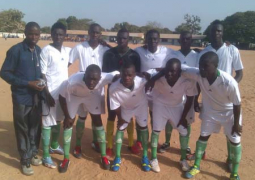