Senior Magistrate Abdoulie Mbacke of the Kanifing Magistrates' Court on Wednesday 28th October, 2009, discharged and acquitted one Demba Ceesay and Ali Khan, who were charged with attempting to commit an offence, after he declared that the prosecution had failed to prove its case beyond reasonable doubt.

Magistrate Mbacke made this decision after the Defence Counsel Lawyer Kebba Sanyang, made a no-case-submission on behalf of the accused persons.

He went on to say that on 8th August, 2009, the accused, according to the charge sheet, at Dunya Motel in Serekunda attempted to commit a felony by selling a bottle of Mercury at $4000 which transaction was false and fraudulent.

He added that the transaction had gone beyond preparatory stage, hence the contract of buying and selling had been concluded.

He went on to say that the witnesses of the prosecution had failed to reveal the elements of deceit to show that the transaction was fraudulent. He further stated that the charge was defective and did not show the name of the person to whom the bottle of Mercury was sold.

He indicated that Mustapha Hussein ought to have been charged and that the D2500 given to him by the police as the complainant should have been produced in court but this was not done. He asked why the police produced the $4000 and not the D2500. He stated that the law should not be bent.

He went on to say that if the transaction was false and fraudulent, the bottle of Mercury should have been sent to a laboratory for testing. He indicated that the prosecution had failed to do their home work properly.

He declared that the court had upheld the no-case-submission made by the Defence Counsel and ordered that the $4000 should be immediately handed over to the first accused, Demba Ceesay. 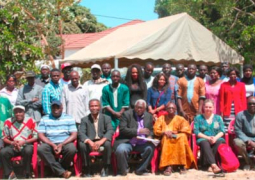