The World Health Organization (WHO) country representative has said immunisation prevents between 2 to 3 million deaths every year, globally.

Dr Charles Sagoe Moses said immunisation protects children not only against diseases such as diphtheria, tetanus, polio and measles but also against diseases like pneumonia and rotavirus diarrhea which are two of the biggest killers of children under five.

He said adolescents and adults are also equally protected from life-threatening diseases such as influenza, meningitis and cancers (cervical and liver) thanks to new and sophisticated vaccines.

The WHO representative to The Gambia said this in a statement to mark the World Immunisation Week, 2015. A commemoration to mark the week was jointly organised by UNICEF and WHO at NaNA conference hall in Kanifing and Atlantic Hotel in Banjul.

This year’s immunisation campaign focuses on ‘Closing the immunisation gap and reaching equity in immunisation levels as outlined in the Global Vaccine Action Plan 2011-2020’. The plan was endorsed by the 194 member states of the World Health Assembly in May 2012 as a framework to prevent millions of deaths by 2020 through universal access to vaccines for people in all communities.

The WHO Gambia Rep noted with concern that 1in every 5 children missed out in the 2013 vaccination meaning an estimated 21.8 million infants did not receive lifesaving vaccines.

“The picture in The Gambia may not be entirely different, for example, the 2013 DHS results show that about 10 percent of children aged less than one year did not received the third dose of pentavalent vaccine,” Dr Moses said.  “This means that there is still a significant number of children that are not receiving basic vaccinations, justifying the need to strengthen our national immunisation services.”

As the world entre the final thousand days until the deadline to reach the millennium development goals, inequality has emerged as a critical theme for future global public health efforts, the WHO Country Rep said.

“Despite successes in improving access to immunisation, inequalities still exist both between and within countries and households based on wealth, geographic location and gender-related factors such as the mother’s education.  All of these factors have an impact on whether a child is immunised or not,” Dr Moses said.

The minister of health and social welfare, Dr Omar Sey, said immunisation is an innovation that is widely recognised as one of the most successful and cost-effective health interventions the world has ever achieved after the provision of the safe drinking water.

He, however, raised concern that millions of infants, globally, usually missed out during vaccination despite the availability of vaccines “at easy reach”. 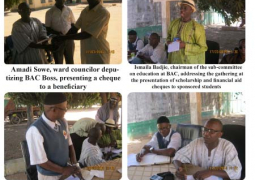 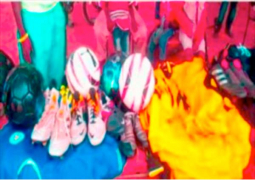