The match, which was played at the Cocktail football field, ended nil-nil and during the post-match penalty shootout Immigration won by 2-0.

Speaking on behalf of the speaker shortly after the match, Hon Seedy Njie commended NISA for coming up with such initiative for engaging women in sports.

He called on participating companies to take the tournament seriously noting that the aim of the tournament is to bring mutual understanding among the work force and also involve women in active sports.

For his part, the deputy director general of Immigration, Buba Sanyang, commended all the teams for the high sense of discipline they exercised during the tournament

He also used the opportunity to thank the speaker for sponsoring the competition. 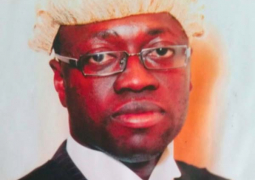