The Gambia Immigration Department will open their 2013 National Inter-Departmental Sports Associations football championship against GPA on Saturday, after losing to Armed Forces 1-0 in the Super Cup last weekend.

The matches are all scheduled to be played in the mornings at 9.00am.

The UTG will also clash with the Fire and Rescue Services on Saturday at the Serrekunda West; Lands and Survey will meet Gampetroleum at Serrekunda East, while Prisons will take on West Coast Radio at the KG5, all on Saturday.

Sunday matches will feature NRA against SSHFC, GAF against Gampost, BIA against Ministry of Health, and Gambega against the Police.

WAAPP distributes over 2000 bags of fertilizers to ‘Innovation Platform’ farmers 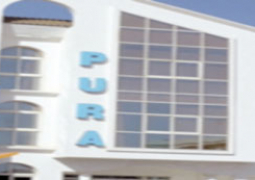