The Independent Electoral Commission (IEC) has continued its sensitisation drive in ensuring that all stakeholders in the electoral process of The Gambia are well equipped with the electoral laws, as well as the dos and don’ts of electioneering.

Just about a week to polling day, the IEC has continued to undertake the task of enlightening key personnel for the December 1 presidential election.

In addition to the training course conducted for media practitioners in the country, on how to cover and report such presidential and general elections, the election umpire has this time around targeted commission members, heads and representatives of political parties and senior officers of the Gambia Police Force.

This is a good drive to ensuring that all stakeholders are placed up to speed with the electoral laws and rules, to avert anomalies and suspicion in the elections.

As an IEC Commissioner put it, election is very important in any democratic society and, like any other major activity, it has its guidelines including a number of processes, operations and procedures.

These guidelines must be followed to ensure a peaceful election.

A good and successful election does not happen without careful preparation. “They involve planning of huge and costly events entailing the completion of myriad of tasks and sub-tasks involving large numbers of people, all of whom should be aware of their responsibilities in the electoral process and accountable under the law for their actions,” the IEC chairman says.

This statement by the IEC Chairman is factual, and it explains the rationale behind the conscious efforts being made by the Electoral House to equip key personnel or stakeholders of the election.

He also says: “They [elections] usually include an election law that is fully tuned to provide free and fair elections; an election commission which is truly autonomous and fearless; administrative procedures that ensure even the smallest man and woman can exercise their franchise freely and without fear; and an electorate which is fully aware of its rights and responsibilities.”

We must, therefore, thank the IEC for treading so well in achieving positive results in the upcoming elections.

Another thing noticed again is the fact that the public broadcaster GRTS has been giving equal time to all the presidential candidates and their parties, and even more episodes on a daily basis to the parties, to ensure a fair play in the electoral process.

This is of good spirits and must be nurtured to ensure a free, fair and peaceful election always takes place.

“We seek peace, knowing that peace is the climate of freedom” 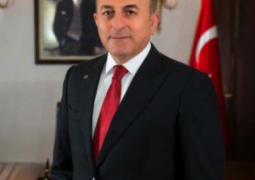