The Independent Electoral Commission (IEC) yesterday announced that it would conduct the nomination of candidates for the forthcoming presidential election on Thursday 10th November 2011, and that campaigning will commence on Saturday 12th November 2011 and end on Tuesday 22nd November 2011.

The announcement, which was made at a press conference held at the IEC head office in Kanifing, has come as politicians in the country engage in debates ahead of the polls, slated for 24th November 2011.

The commission also announced at the press conference that the provisional number of registered voters is 837, 029 (Eight Hundred and Thirty Seven Thousand, Twenty Nine) people, showing a massive shift since the last elections’ figures, which was 670,336 registered voters.

Analyst said the presidential election, which will see incumbent President Yahya Jammeh seeking a fourth term of office, will bring together what seems like a fragmented opposition, whose members, they say, have no other option but to unite in order to pose a threat to the ruling APRC.

Meanwhile, political party sources have said three opposition parties plan to take part in the presidential election. They are Halifa Sallah of the Peoples Democratic Organisation for and Socialism (PDOIS), who will be running for the second time, Ousainou Darboe of the United Democratic Party (UDP), running for the fourth time, and Hamat Bah of the National Reconciliation Party, who is also running for the third time.

He has vowed not to engage in any election campaigning, promising that the elections would be free and fair.

“This will be the final forty days charity for opposition in this country. I have been swearing and, of course, there will be areas that do not want development – they can vote for the opposition – that’s their problem,” Jammeh said last week when the first family got registered at State House.

Speaking at the press conference attended by politicians, civil society, UN and EU officials and members of the press, Mustapha Carayol, Chairman of the Independent Electoral Commission,  registered what he said was the Commission’s gratitude to the Gambia government for entirely and exclusively funding the general voter registration exercise.

While also commending all stakeholders in the electoral process for a job well done, Chairman Carayol acknowledged the fact that all was not rosy during the general voter registration exercise, noting that the Commission encountered problems with some of the generators and other equipment.

According to him, after the first week of registration, matching was done on the server in order to search for double registration. He revealed that six cases were found out and the names of the suspected double registered voters were sent to the police, adding that as at the press conference, only one has been arrested so far.

He appealed to all those who by intent or accident registered twice to honorably surrender one of the cards, failure to do so the law will take its course.

“Surrender your cards before it is too late, for the law will surely take its course if one is found wanting,” he warned.

The IEC boss further revealed that a laptop which was being used at the Dippakunda mosque registration centre was stolen, and it is yet to be found.

He added that the IEC staff also had their own share of hostility meted out to them as members of the registration team assigned at the registration centre were attacked, the security personnel wounded and a laptop destroyed beyond repairs.

Carayol also stated that the provisional list of voters will be printed and pasted at all registration centres countrywide for public viewing, for a period of ten days.

This, he went on, is to enable the general public to thoroughly scrutinize the list for correct spelling of names, omitted names and to check for names of individuals that have been registered, but should not have had their names entered in the register.

Noting that the Chief Justice has already appointed a magistrate for all the administrative areas, Carayol said the revising courts will be operational for 60 (sixty) days.

Shortly after the press conference, this reporter caught up with some key opposition leaders for their reaction to the development.

Halifa Sallah, Secretary General of the opposition PDOIS, said the IEC has indicated the importance of individual Gambians registering as voters, and ensuring also that those who are not qualified to register should not.

“A revising court is to come into being, and all Gambians should focus on is the revising courts, so that those who are not qualified to vote will have their names expunged from the register,” he said.

According to Sallah, the exercise was a very useful one, calling on the press to emphasize on that, so that as we move to the revising court, we will be able to clear whatever is there in the register that is not supposed to be there.

Sallah told journalists that what is essential now is to see whether the list of voters contained names who genuinely should vote, and whether it contains names who should not vote.

“That is the next process, and until we assess that process and it is complete, then we cannot really substantively indicate what the state of the register is,” he added.

He stated that his party is now analyzing what it so far got from its registration agents, to see whether the number of Gambians who registered are sufficient enough to overcome those people who are unqualified to register.

“If that is the case, then you will be able to have genuine elections,” Sallah stated.

He expressed the need for constant consultation between the IEC and the different political parties, noting that as long as that continues, political parties will continue to have confidence in the IEC as an independent institution.

Also speaking to this correspondent was Samba Gajigo, First Administrative Secretary at the ruling APRC bureau, who said “in my candid opinion, the general registration of voters went on very well.”

According to him, from all the information that his party received, the exercise went on well, and that people came out in their large numbers.

“I have a feeling that come the 24th November polls, Gambians will vote massively for the APRC,” Gajigo stated.

He told this reporter that the voter registration exercise went on freely and fairly.

Hamat Bah, leader of the opposition National Reconciliation Party, also told this reporter that some of the irregularities noted in the exercise were committed by Gambians themselves, and not the IEC.

“As custodians of the law, Gambians cannot blame the IEC for bringing foreigners to register, because they all know that this is a crime,” Bah said.

Noting that his party will file complaints at the revising courts, the NRP leader said what will happen at the courts will be the final score for his party.

According to Hamat Bah, it is the right of every Gambian to go and report complaints at the revising court, adding that comments by President Jammeh that the opposition will be taught a lesson come the November polls do not bother them.

He reiterated his earlier statement that he is not going to join any alliance with any party, noting that the NRP has a bright future to win the November polls, because it has the backing of the youths, and that it will create employment opportunities for them.

Meanwhile, Momodou Sarr, liaison officer responsible for elections at the UDP bureau, declined to comment when contacted, saying that he is a junior officer and his party leader will be the right person to answer our questions. 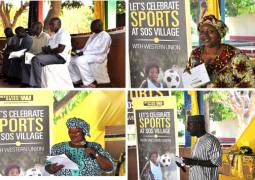