It is great and even timely that the International Criminal Court, ICC, opened a preliminary investigation into possible war crimes in the Central African Republic (CAR).

Fatou Bensouda said she had received reports of “extreme brutality by various groups”.

Tens of thousands of Muslims have already fled to Cameroon and Chad.

CAR, one of Africa’s poorest nations, has been in chaos for more than a year after Muslim rebels seized power.

Mrs Bensouda said that her investigations so far included “hundreds of killings, acts of rape and sexual slavery, destruction of property, pillaging, torture, forced displacement and recruitment and use of children in hostilities.”

She added that “in many incidents, victims appear to have been deliberately targeted on religious grounds.’’

Accounts of violence in CAR have become increasingly brutal, with reports of mob killings common.

On Friday morning, witnesses said thousands of Muslims piled onto trucks in the capital Bangui to leave the city, escorted by Chadian peacekeepers.

One person who fell off one of the trucks was killed by a crowd and his body mutilated, witnesses said.

No doubt, the appalling situation in Central African Republic, key among them the reprisal killings, needs urgent action to save millions of lives.

As we always say in these pages, Africans often tend to wait until the Eleventh Hour or even after an event before they start to respond.

The intervention of the ICC is undoubtedly a welcome move.

CAR has experienced months of severe instability, lack of security and countless human sacrifices. The blood of many women, children and the most vulnerable of the society has been repeatedly spilled in that country.

Like many other African countries, CAR is not immune to the devastating effects of such unfortunate happenings.

It is for these reasons, and a host of others, that the ICC intervention should be welcomed.

“Unless someone like you cares a whole awful lot, nothing is going to get better.It’s not.” 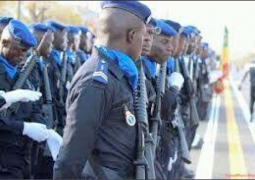 2012 Face of Fashion for Africa in hot competition