"In any social situation I feel fear.  Even before I leave home to go to class or a get-together, I start to feel nervous and worried.  I feel sick to my stomach.  My heart starts to pound and my hands get all sweaty.  I really don't want to go.  I get this feeling of being removed from myself and everyone else too.  Like I am all alone.  I can barely make myself go to social events.  Sometimes I just give up and go back home."

"When I walk into a room full of people, I start to breathe really fast and almost feel out of breath; I get dizzy and light-headed.  I feel like every one's eyes are on me and I don't know what to do.  I am embarrassed to go sit down by myself but I can't think of anything to say to anyone. It is humiliating; I try to hide it from other people.  I just want to get out of there, away from all of those eyes on me.  I am clumsy and stupid."

Social Anxiety disorder is diagnosed when someone feels very anxious and self-conscious in everyday social situations. It is not something anyone would choose to experience; they describe the feelings "just coming over me" in certain situations.  People with this problem have a very intense fear of being watched and judged by others and are very afraid that they will do something to embarrass themselves.  They can worry for days or weeks before a dreaded social event.  Sometimes, the fear becomes so great that it gets in the way of work, school and other everyday activities.  One person I know dropped out of school because she was so fearful of having to speak aloud in class.  It also makes it difficult to make and keep friendships.  "If I am too scared to speak, how will anyone get to know me?"

Parents who are highly critical and shaming of their children are often seen as one of the causes of this disorder.  As the child's personality is developing, criticizing and scolding them excessively leads them to be fearful, self-doubting and anxious.  They don't trust others to treat them with respect; and they don't trust themselves to behave properly.  Often very young children don't even understand what they have done wrong when they are scolded and punished, so it becomes difficult for them to know how to behave..  They feel very uncertain of their place in the world and of what is expected of them.  This sets the stage for Social Anxiety Disorder.

Another cause relates to an inherited disposition which many people are born with, to be highly sensitive to their environment and those around them.  They are often called "anxious" babies who seem restless and upset easily and often turn into shy toddlers.  Often these children can be delightful if given enough reassurance and affection; but if scolded and criticized, they can become socially withdrawn, and alone a lot.

Many people with social anxiety realize that their fearfulness is unrealistic and silly, but are unable to change the way they feel inside.  Even if they are able to face their fears and be around other people, they are very nervous before hand, uncomfortable while they are with others, and then worry about how they were judged and perceived for days afterwards.

Social anxiety disorder can relate to only one kind of situation - for example, speaking in front of a crowd, or eating or drinking in public.Or it can be so broad (generalized social anxiety) that being around any people other than immediate family is frightening.  The physical symptoms that can accompany this anxiety disorder are rapid breathing and consequent dizziness (hyperventilation), profuse sweating, insomnia, trembling, nausea, inability to speak or swallow, dry mouth and the strong wish to withdraw.  Sometimes people feel so frightened that they think they are having a heart attack and seek medical attention.  This kind of anxiety can develop at any time in life but most often the tendencies are first seen in childhood and teen years.  It should be distinguished from normal teen-age shyness and self-consciousness.

If you have had these feelings or know someone who has, be patient and gentle.  These people want friends just as much as you do, but just have a hard time getting started.  Including such a person in a small group activity without making a fuss about it, is a good start.  They don't want lots of notice at first but would like to be included and will slowly open up of their own accord.  They need acceptance and respect.  They are not behaving this way on purpose and need your understanding. Often they are some of the most interesting people around once you get to know them because they have had so much alone time to think about things; they are often very creative too. 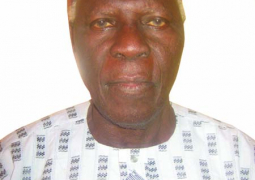