The first prosecution witness in the trial of one Sankung Sabally has told the Brikama Magistrates' Court that he personally intercepted Sankung whilst he was transporting stolen blocks on a horse cart.

Sankung is, at present, being tried for allegedly stealing D6,665 worth of cement blocks.

" One day, I saw Sankung transporting blocks to Brikama Wellingara. Upon encountering him, I arrested him and handed him over to the police in Brikama. At the station, he confessed to keeping some of the blocks in Wellingara," added the witness.

Agriculture Must be given Priority Attention 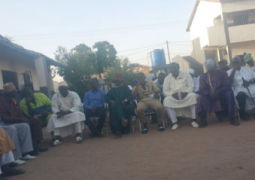